A recent interview featuring Oculus' Jason Rubin has been released. It talks about the future of VR Gaming, and also addresses an ongoing misconception that likens VR to 3DTV. Personally, I think that there are 2 camps for this train of thought:
The reason this is such an ongoing topic is because a lot of discussion around "strategies" for VR  attempt to label these strategies as "good vs bad," and often rely on linking VR to 3DTV to make such judgements.
While many have voiced their opinions on both sides of this camp, we finally get some insight from Oculus.
When we talk about the potential trajectory of VR as a mass consumer category, some people liken VR to 3D television. Is that a fair comparison?

The answer to that question is simple. 3D television delivered the exact same experience in a way that was interesting, but in the end pretty crappy. So the same movies, the same television shows, maybe a few made-for-3D things because they wanted to show you waterfalls or a forest or something, but ultimately it was watching television with a kind of fake depth. That was its one trick and it was pretty crappy. After watching it for a while, regardless of the technology, your eyes got tired.

And there's a good reason for that, by the way. It wasn't real 3D. You couldn't look around anything. All it was was stereo, and the stereo was made for a very specific interpupillary distance, the distance between your pupils. People's pupils are variable. And some people are wider, most people are in the middle, and then some people are very narrow. And only people that had almost exactly the IPD it was made for got a good experience. Everybody else got a really crappy experience.

People's pupils are variable. And some people are wider, most people are in the middle, and then some people are very narrow. And only people that had almost exactly the IPD it was made for got a good experience. Everybody else got a really crappy experience.

True. But he should have told that to Lenovo while they were developing the Rift S.


I agree on all he said about 3DTV vs VR.
0 Kudos
Share
Reply

Was I literally the only one that enjoyed 3D TV and blu-rays for the few years they were a thing?
1 Kudo
Share
Reply

I've always found this image to be useful when trying to explain the difference between 2D, 3D and VR: 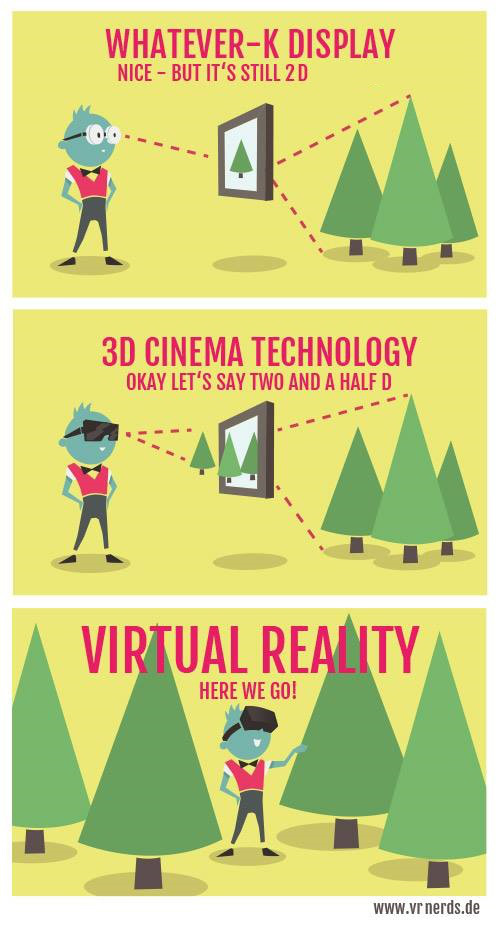 ?
"This you have to understand. There's only one way to hurt a man who's lost everything. Give him back something broken."

A lot of naysayers make the comparison between the two not because they believe they offer a similar experience, rather they see them both as gimmicks.

JeremyC85 said:
Was I literally the only one that enjoyed 3D TV and blu-rays for the few years they were a thing?

I remember seeing Jaws in 3D when I was a kid. Some other random movies here and there as an adult. Once while drunk and sitting in those motion seats.
But yeah, I can't say that I ever cared for 3D. It felt like reading a popup book to me! 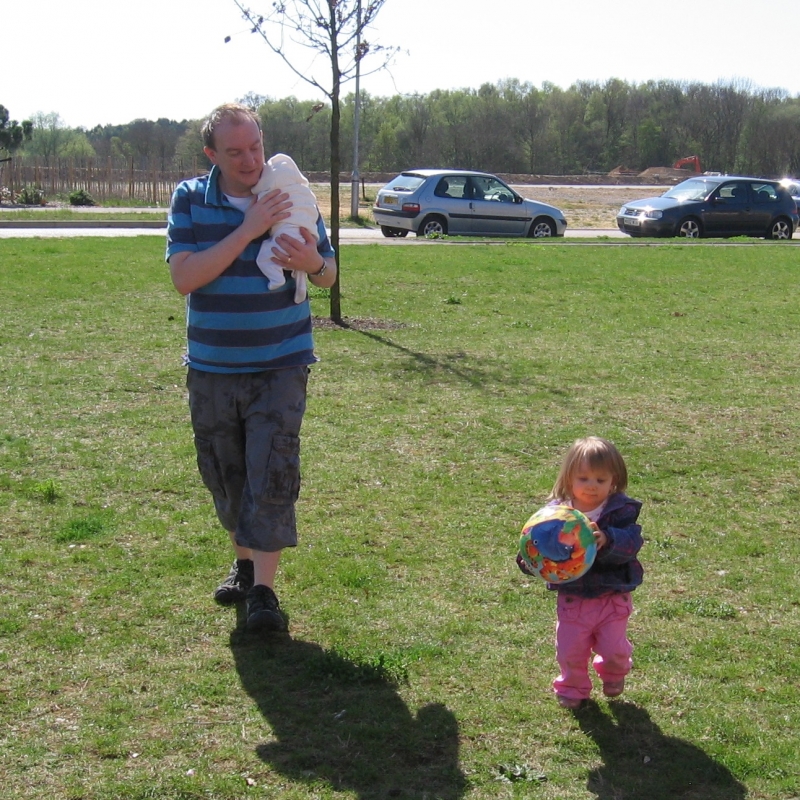 3D TV and cinema leaves me with a very bitter taste in my mouth.
I used to be a 3D gamer.  Unfortunately nVidia destroyed 3D gaming and they did it through remarkably poor marketing and setting astonishingly stupid defaults on their 3D Vision software. *
All the cinema experiences I have seen have been lacking: poor depth, gimmicky popout, that type of thing.
Gaming in 3D is fab. [Yes I stated that as a fact, not opinion, so 😛 ]
For example.  An ex-colleague who taught Media Studies was very vocal with regard to 3D and said gaming would be gimmicky too.  One day I took my PC in with me, for some game club or something, and asked if the dude would be interested in looking at 3D gaming.  I showed him Portal 2.  After the initial fade to white, the very beginning, he stated it wasn't a gimmick.  It took him less than 5 seconds to be blown away.  His opinion was completely changed.  Games and cinema are not the same thing
Whenever I demoed 3D to mates, they have all shown the same reaction to when I sit them in a cockpit above an asteroid field in Elite in VR.  Blown away.
Anyhoo!
Sorry about that.  Obviously still sore.  Yes, 3DTV is not the same as VR.
* nVidia set the default depth to 10%, most people instantly set it at 100%  VR is 100%;  convergence is as important to S3D as depth (if your convergence is low you get a 2D image, just pushed back in the 3D field, identical to 360 videos), it adds 'definition' to 3D and nVidia hid those in advance settings, where you have to tick a box to even see the controls.
0 Kudos
Share
Reply

Shadowmask72 said:
A lot of naysayers make the comparison between the two not because they believe they offer a similar experience, rather they see them both as gimmicks.

Yeah I think you're right. It's lazy shorthand by some people who probably know the difference but just want to play it down. Maybe also for some, there's that need to appear avant-garde by being one of the people to express disinterest in something as it becomes very popular. I did the same thing with Pokemon Go and Fidget Spinners. No wait, that was genuine dislike.

This thread is a non starter.
You can't compare current 3DTV technology to VR technology.
If you watch current 3D movies on a VR headset you still get the same depth as a normal TV. You're not going to be able to look around objects so where is the advantage of VR? How many years before a movie is shot using Lightfields? Now that would make a difference.

Plus a lot of people simply say they have tried VR - but really haven't. Or, they simply had the wrong play setup like using Cardboard VR thinking they are all like that. Then when you get them into VR its totally different for them and they love it.

I also think people down play it because they can't afford it - or - they don't want to think they can afford it. There are still many people here even they will quickly jump to the argument you have to have 1000$ PC - when you really don't or that 500$ too much. Some react very strange or differently like a they are defending themselves for some reason from a truth they don't want in front of them or they just simply want more thus down playing the hype for themselves.
0 Kudos
Share
Reply