More fuel to add to the VR fire from Kotaku reporting on Valve apparently offering VR devs cash to prevent them taking exclusivity deals. Some might argue this is an angelic move others more cynical could argue it's a little less clear cut as Valve's motive is about getting more sales on its Steam store and more revenue for its coffers. Take your pick.

Seeing the news about Croteam, a member of the HTC Vive subreddit contacted Gabe Newell, head of Valve, to ask whether Valve, too,....

It turns out Valve pays developers so they don't need to take exclusivity contracts.

“We don't think exclusives are a good idea for consumers or developers," Newell responded. "There's a separate issue which is risk. On any given project, you need to think about how much risk to take on. There are a lot of different forms of risk—financial risk, design risk, schedule risk, organizational risk, IP risk, etc... A lot of the interesting VR work is being done by new developers. That is a triple-risk whammy—a new developer creating new game mechanics on a new platform. We're in a much better position to absorb financial risk than a new VR developer, so we are happy to offset that giving developers development funds (essentially pre-paid Steam revenue). However there are no strings attached to those funds—they can develop for the Rift or PlayStation VR or whatever the developer thinks are the right target VR systems. Our hope is that by providing that funding that developers will be less likely to take on deals that require them to be exclusive."

So, it sounds like quite a different approach. Although, I imagine anyone who took money from Valve would likely develop its game for the Vive first, much as if it had made the promise to in return for funds. Though, it is good to hear that there is nothing stopping a Vive developer from immediately releasing its game on Oculus.

so we are happy to offset that giving developers development funds (essentially pre-paid Steam revenue).

So, a loan. If the game only sells modestly, the developer may never see any money for it. That seems like a pretty big string attached. Some might say it's a bigger string that a 2, 3, or 6 month exclusivity deal.

Oh well, horses for courses, what works for one developer may not work for another. It is interesting that Valve are starting to get into publishing (by another name), having been exclusively a retailer/developer for so long.

[edit]
I do wonder, if the only way Valve get their money back is via Steam revenue, then if a developer chooses to only develop for Playstaion VR then Valve would never see a cent of their money back.

I suspect there are strings attached. At least a requirement that the game launches on Steam. Until I hear more, I reserve my right to suspect Mr Newell may have been less than fully forthcoming in his statement. 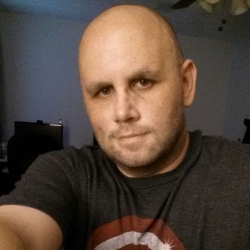 You also don't get any of the collaboration and guidance that Oculus offers.

Valve:  "We want to sell your games, even the crappy ones."

Oculus:  "We want to fund your games and help make them as best as they can be." 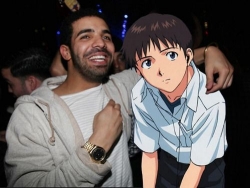 This is tough. No exclusives will help VR. If those Playstation VR games were available on the Rift or Vive it would be best for all of us. I do prefer buying from steam as for multiplayer games I know there is a better chance of having people to play with. Oculus home is excellent though and I prefer that interface rather than steam vr.
0 Kudos
Share
Reply

This is good news for all developers. It will help separate the men from the boys.

It's one of those things where both sides have good arguments, IMHO.

I don't think Valve is/will ever be doing anything for completely disinterested good of all the people.

I don't think this is to be looked at as if Valve was the knight in shiny armour, who fights for the good of VR.
That said, it's very good that Valve does it.

I have nothing against exclusives, but we don't live in a perfect world so things are never perfect.

perfect exclusivity:
- doesn't make the experience worse by going for the weaker hardware just because this is the one who pays
- is a timed exclusivity and VERY short one
- developer gets a ton of money which really help make the game and developer team better
Not an Oculus hater, but not a fan anymore. Still lots of respect for the team-Carmack, Abrash. Oculus is driven by big corporation principles now. That brings painful effects already, more to come in the future. This is not the Oculus I once cheered for.
0 Kudos
Share
Reply

Vive didn't have much interest in funding VR projects, and  just let Oculus and other parties fund the early VR software risk, thinking they would reap profits from the VR sales on the Steam store.  Anyone who thinks that Valve made it easy for Rift hardware to work thru the Steam store, just for the good of VR needs their head examined.

Oculus funded early risk VR software because no one else was doing much of it, and VR hardware without VR software was useless.  Oculus also early on decided to sell their hardware near cost, and get a return on their investments with VR software.  Hence the Oculus store where they could maximise software margins, insure good quality VR content, and timed exclusives gaive the Oculus store time to consolidate its existence.

This isn't so much a VR hardware War, its more  a VR software store War.  Now that Steam has competition on the store front side, and VR software isn't as big a risk, but their store is, they've decided  to put more funding into VR software.

This  Facebook haters notion  that Oculus is the devil, and Valve the second coming, is quite rediculous.  It was so easy for Valve to say the VR software should work on all hardware, when they were funding very little of it.

Exactly; when folks start talking about Valve as some sort of community loving corporation, let's recall their greatest hits from last year:

Huh. An interesting development indeed.  Hold on, let me just get out my list of "Things I can fairly accuse Valve of" and cross off "Doesn't fund VR development" and "Just sits back and profits off other peoples' expense" ...  Not my only gripes about how they do business, but probably my biggest ones.

Like the rest of you I'm curious to hear more details, though.

Even if it IS a loan, I respect Valve for offering it, the same way I respect Oculus' exclusivity contracts; Developers would be winning no matter whose offer they take, and they get to choose whichever contract has terms that appeal more to them.

But if there's no obligation to pay the money back with Valve's contract, well.. developers are probably going to take that offer if its given to them, and each one just means funds Oculus can reallocate to other endeavors.  I don't think that would even necessarily mean that Oculus will have much FEWER exclusive titles to make their platform attractive.. just that they won't always get their first pick of promising games and developers to sign up with them. Valve can't fund EVERYONE, right?

Either way, we probably end up with the game available on Oculus Home.


Of course, the "cult of valve" are going to gloat even more incessantly than ever about their god GabeN's holy altruism after this news, but.. eh.. I'm just gonna try to ignore them from now on.
It's hard being the voice of reason when you're surrounded by unreasonable people.
3 Kudos
Share
Reply

I think it's a great idea that Valve has here, but I honestly can't see how this is any better than timed exclusives. In the end, Valve is only going to continue offering money to devs that make games for steam first, others later, and as time goes on, this will just turn into another kind of timed exclusive.

It might take a few years to get to that point, but I really cant see this "evolving" any other way.