What's the hold up with DK2?

What could be the problem with releasing DK2 anytime soon? at least start sending an HD version of DK1. It's already been sent to some developers.. what's the hold up? I really don't understand.

Edit:
I stand corrected. Assuming that there's a hold up for the release of DK2 is naivete on my part. Obviously Oculus needs to create as close a version of the CV as possible so that developers would be able to handle everything well before the final release. What I meant was not the DK2 with all the new features per se, but a 1080p version of DK1. My puzzlement was with regards to simply changing the LCD panel on the current DK1, that's all. It seems that there's more to it I guess.
0 Kudos
Share
Reply
22 REPLIES 22 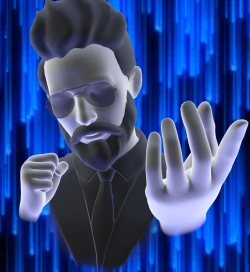 If it's 2016 and there's no DK2, then yeah, create your thread about a delay and feel justified in it. I am optimistic that we'll see a release in 2014, but I would not be surprised IN THE LEAST for a delay to 2015 - that's just how these things work. 2016 is when you can start to worry. Trust me, I'm just as impatient as the next guy, but claiming there's a "hold up" is ridiculous. If you've read up on Oculus news for December, you'll see that Oculus claims they are well ahead of where they thought they would be at this point.

Everything else you wrote is spot on except this. If it's 2015 and there's no Consumer Rift much less the DK2 then there's a problem. Palmer and Iribe have stated multiple times the consumer version release is now measured in months instead of years. I understand the importance of patience, but there's also expectation on delivery of promise or being informed when plans change.

Well, I also said that Oculus stated that they are moving along quicker than anticipated, so I do agree that everything currently looks on track for at least a 2014 DK2. That said, the more you wait for something, the longer it takes. I don't know why. That's just how it is. I've obsessed over a few game releases in my time, so Soon could mean anywhere from 3 weeks to 3 years.

I would say the difference here is that we already have a DK1 in the wild, so it's not like the Rift is vaporware. I could see them having to struggle for a few years to get over the hurdles that stand in the way of a consumer product, or even having to wait a few years for technology to get to where it needs to be and become affordable, but based on the news leaking out lately, I'm optimistic. And because I am so optimistic, I'm anticipating it'll be 2015 at the earliest =P

soon is much closer to 3 weeks, and pretty dang far away from 3 years.

Their obtaining of $75M was not for sitting around and scratching their asses or buying BMW's. The major hurdles were already overcome, when this funding was shown to arrive. It was, in all likelihood, for a manufacturing run. And invested money, at this level... does not get to sit around and go stale, or get pissed away...
Intelligence... is not inherent - it is a point in understanding. Q: When does a fire become self sustaining?
0 Kudos
Share
Reply