Which VR games "push the boundaries" ?

Over the last few  years I have enjoyed many VR titles, yet only few feel as if they actually push the boundaries beyond not just gaming, but a standard "experience" overall. What I mean by that, is that certain titles do more than just replicate what we have already been able to experience in the entertainment world with Films and various forms of video games. Certain titles go beyond simply porting from a vanilla pancake experience to an immerse VR experience.
I wanted to start a discussion on this to see if there are any other of these exemplary VR titles out there that I may have missed. I'll start by listing the VR experiences that I feel qualify as pushing the boundaries:
I'm hoping there are some other gems out there that I may have missed.
3 Kudos
Share
Reply
18 REPLIES 18

Boneworks physics engine is pushing boundaries imo. At first it felt clunky to me, but after 6+ hours im getting used to it and now i can do things that i havent been able to do in any other game. Lone echo physics are close, but in zero gravity so its hard to compare.
3 Kudos
Share
Reply

Stormland, for sure.  Raw Data is better than Superhot imo and is especially fun in multiplayer.  Walking Dead looks like it'll make the list too but we'll see.

Yup. The traversal mechanics in Stormland are pretty amazing; I was much more 'awestruck' by Stormland's traversal than the physics of Boneworks.
Asgard's Wrath is another. It pushed the VR medium in proving as an example that you can develop a AAA, 30+ hour game solely with VR mechanics.
i7-7700k, Zotac RTX 3080 AMP Holo (10G), Oculus Quest 2
Previous: Oculus GO, Oculus RIFT - 3 sensor Room-scale, Oculus Rift S
1 Kudo
Share
Reply

For me its boneworks. Physics like I haven't quite experienced in vr.  The full body (arms and legs)is quiet different. Making objects feel lighter or heavier.
2 Kudos
Share
Reply

Tea for God by Void Room

Their locomotion system is unlike anything you can experience right now. Basically it uses redirected walking to make you physically walk (or run) through procedurally generated levels. It's mindblowing. Another interesting game will be  upcoming Space Pirate: Arena by I-illusions.

Tea for God by Void Room

Their locomotion system is unlike anything you can experience right now. Basically it uses redirected walking to make you physically walk (or run) through procedurally generated levels. It's mindblowing. Another interesting game will be  upcoming Space Pirate: Arena by I-illusions.

Oh wow! Great recommendation. And it's free!!
Just started playing it. What a mind warp! Definitely pushing the boundaries with this experience. Looking forward to more sessions.
https://void-room.itch.io/tea-for-god
https://www.youtube.com/watch?v=PwWkADocqSY

Nakamura's Fall of course! 😄
"This you have to understand. There's only one way to hurt a man who's lost everything. Give him back something broken." 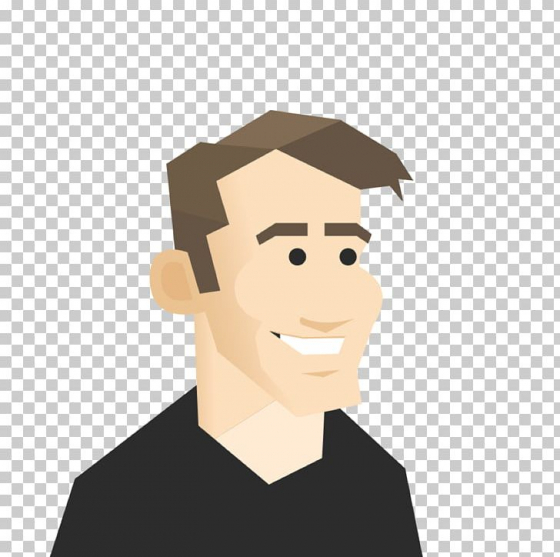 Well, as you listed some old titles I guess I will also list couple of games that were IMO "push boundaries" ones in 2016-17,

1. Echo  Arena
You listed Lone Echo & it's the same game engine but the gameplay is so amazing & different so I still enjoy this game after 3 years, it's just brilliant, but for sure it's not for everybody.

2. Onward
When we had no good FPS games at 2016 & it was released it was quite exciting, it uses 3d sound to spot enemies, you have to reload ammo using touch controllers in VR, in OLED screen in dark sceens  it looks also engaging, when you look for enemy & hide in a bush. Nowadays it's not a mindblowing, but for those who didn't try it I guess it can be.

4. Iron Wolf VR (WWII submarine simulator)
First time I tried it, it blowed me away, its exactly the way simulators should be done in VR, multiplayer teamwork, you h ave ot check your oxygen level, charge the battaries, navigate, coordinate the stuff etc. Online is poor but the game itself was really interesting in regards to a VR concept. After this I tried to find any other games that will be similar but couldnt (Star Trek is a good one but it's not the same, but principe is close)

5. VRChat (Social game for VR hangouts)
Not sure why this game isn't listed as lot of people play it on the constant basis, although it's not  VR  boundaries matter, but it allows users to create new avatars & worlds & games inside the game by using Unity & VR makes it more enjoyable

6. Windlands 2
Spider man like locomotion in conjuction with bow mechanics & low poly graphics + lot of amazing combats with machine worms & other ones  is a good way to write a VR game. Many devs do games like Elven Assasin & it looks like PC game in VR & it looks not nice. But e.g. the games like "The Under" or some Quill Theater scenes do exactly what VR can do, they use low poly but the sense of presense is much immersive while on screenshots (PC Desktop) it looks ugly, in VR it looks much much better.

7. The Climb
Good one & also got used VR in a different way

8. Thrill Of The Fight
Box simulator, VR is good for this kind of experineces

9. Moss
Concept is really nice, you are a book reader & games scenes are made quite good, so sense of presense & the experice is kinda different fromthe other titles, you control the character while you also have magic bubles which you can use to affect the world so character can go through it.

10. VTOL (flight simulator)
Despite the other simulators like DCS World etc, even if this game has a  poor graphic etc, but IMO it really pushed the boundaries, it does exactly what you expect frrom VR, you need to use your touches to switch all buttons on the plane panels, you use your hand to drive it, amazing, I wish more game like this will be made (I also remember other games of this kind like Ultrawings, Vox Machine)

11. Final Soccer VR  + Vive trackers
It requires you to have vive/valve based tracking system, but what I heard is that it's possible to combine oculus with the vive trackers + base stansion, it's expensive, but well, you can use your legs to play footbal & defence the goal, I remember when Xbox with kinect was released (not sure but it was ~2010-2012) it was one of the funnies games fo me. So fullbody games also feels different

12. Quest's finger tracking
I hope they will add  this feature for Rift S & the next gen HMDs, gesturing & full tacking of your hands feels just great, so it will be quite nice to have in some hangout apps in conjuction with face tracking

13. Tales of Glory
It's quite resources demading & graphic is not the best, but feeling yourself in the center of mediaval combat is quite good idea & has potential, in VR it feels different

14. Gorn
Sword games are quite bad  in VR coz you have no feedback etc, but some of those still feel good, e.g. in Gorn it was the jelly weapon system that just doesn't let you to push your weapon fast & it has great mechanic

I guess I listed all I know, at least what I remember, but I never had this wow effect since the time I first tried Lone Echo on the Rift in 2016, I was waiting for rift & I wanted Lone Echo as soon as I saw it in Oculus advertising & I didn't regret, it was aboslutely mind blowing, also before it I had the same feeling in Contact (first app you start with on Oculus CV1).
But as longer you play as less immersive it becomes, probably it coz brain get used to this kind of stereo vision & it becomes not so immersive, first time I tried VR  was the PSVR in a shop, it felt so amazing immersive, after 2-3 years I bought many headsets but they feel quite simialr in terms of immersion, I even bough PSVR just to check is it me or headsets & seems its me. I hope varifocal lenses will change it once this tech become maure enough.
5 Kudos
Share
Reply

The ones where I accidentally smash my hands and controllers into a wall or desk or other hard object (quickly bringing me back into reality).

No on a more serious note, Boneworks is pretty amazing in terms of totally involving the player. For the first time since when I first started VR gaming I actually tried to kick an oil-drum in frustration whilst solving a puzzle. That means my brain was fully immersed in VR to the point I forgot it wasn't real. For a game to do that to a vet VR player is pretty amazing at this stage.