I was just wondering if anyone had any stats on VR users, specifically women. Like, what's the percentage of women that own the CV1 or Gear VR? What's the daily/weekly/monthly usage of these devices compared to men? How many are users versus developers? Every woman I had try these devices loved them but I wonder what's the likelihood that women, especially non-techy women, would purchase any of the VR devices.
0 Kudos
Share
Reply
5 REPLIES 5

i don't think anyone can answer this.  I may be wrong but I don't think Oculus has released any sales figure numbers yet... and I imagine when they do - they wont break it down into men / women.

Im not sure they will ever release usage figures at all, but rather keep that to themselves or sell it to marketing companies. Again I bet they wont break down men vs women.

I like your question? where you state "I wonder what's the likelihood that women, especially non-techy women, would purchase any of the VR devices."

I bet its about the same number of non-techy men though.

"You can't believe everything you read on the Internet " :- Abraham Lincoln
0 Kudos
Share
Reply

I would guess there is more male owners, just on the general basis men ore more likely to be into tech/gaming.

My wife likes my rift but she wouldn't have bought one (or the PC to power it).

I suppose the cost is too high for the casual users on the rift/vive, but the GearVR may be another story.

mobile vr will appeal more to my kind at a guess, i have rift though, have always pc game so that helps and getting a rift was kind of a no brainer

@Warbloke I think men may be a little more tempted even if they aren't into tech than women. Maybe it's the wow factor or maybe because they have more tech-savvy friends and don't want to miss out. That's been my experience anyway.

@vannagirl I think you're right except the quality isn't there in mobile VR yet. They do have the apps to make it appealing to non-gamers which annoys me a little. I wouldn't mind a dedicated browser, Netflix, and so in on the Rift. What games are you playing in the Rift?
0 Kudos
Share
Reply 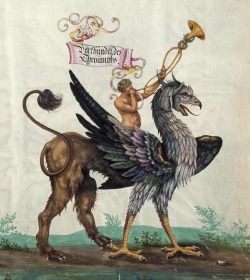 As for women in gaming: “I think the most
important inventions of the century are the bicycle and the shirtwaist,” said
one young woman.