This document provides an overview of new features, improvements and fixes that are included in this distribution of the Oculus Mobile SDK.

If you are developing with Unity, we recommend updating to Unity 4.6.1, which contains Android 5.0 - Lollipop support. http://unity3d.com/unity/whats-new/unity-4.6.1

We would like to highlight the inclusion of the new Mobile Unity Integration with full DK2 support based on the Oculus PC SDK 0.4.4. As this is a significant API refactor, please refer to the Unity Development Guide: Migrating From Earlier Versions section for information on how to upgrade projects built with previous versions of the Mobile Unity Integration.

Note: Before installing or integrating this distribution, we strongly recommend that you backup your project before attempting any merge operations.

• Applications will now be required to specify the following permission to support distortion configuration updates by the system service.

Note: Always refer to the Oculus Mobile Submission Guidelines for the latest information regarding the submission process.

• Support for entitlement checking with VrPlatform. Integration steps and instructions are included in the Oculus Mobile Developer Guide’s Device and Environment Setup section.

• Localized string updates for the Universal Menu.
• Improvements to yaw drift correction.
• Fixed vsync possibly being turned off by the Universal Menu when selecting “reorient”.
• Pre-register ‘nativeSetAppInterface’ to work around a JNI bug where JNI functions are not always linked.
• Do not allow ‘nativeSurfaceChanged’ to use a deleted AppLocal in case ‘surfaceDestroyed’ is executed after ‘onDestroy’.
• Removed resetting the time warp when sensor device information is not populated on application launch.
• Improved Passthrough Camera latency by disabling Optical Image Stabilization (Exynos chipset only).
• Free EGL sync objects on time warp thread shutdown.

Wow! Big changes indeed for the unity integration. It's good to see things coming together! 🙂

Anyone else getting a crash when the device is loaded into the headset? Seems to compile fine and run with the VR debug mode turned on. Unity 5, Note4 + moonlight GearVR headset. Also this question might be outdated, but do we no longer need our device signature files? And do we need to upgrade to Lollipop for this to work?

Sorry don't know about your crash, but you definitely still need the device sig files in Unity - unless you define INHIBIT_ENTITLEMENT_CHECK. I spent my morning yesterday trying to track down why the game was crashing/opening Oculus Home (if installed), and came down to the entitlement check, which is actually a signature check. So - either make sure the project includes osig files for every device you want to run it on, or define INHIBIT_ENTITLEMENT_CHECK!
0 Kudos
Share
Reply

pashustwo, after seeing your post I was excited about being able to define INHIBIT_ENTITLEMENT_CHECK for personal builds of a project that I would like to share with friends, without making them go through the trouble of injecting their own signature files into the APK.

However, it doesn't seem to work like you described.

I defined INHIBIT_ENTITLEMENT_CHECK, ran the app from the Android home screen, and then I confirmed that logcat shows "I/Unity (21577): Inhibiting Entitlement Check!", but it still just dumps me out to Oculus Home. All I have to do is drop in my own signature file into Plugins/Android/assets/ and the app starts working no problem.

Any chance there is another step related to what you did?
0 Kudos
Share
Reply

As SDK 0.4.3 has now been released I was wonder if and when building in SDK 0.4.3 will be a requirement for submisisons?
0 Kudos
Share
Reply

I have now been told by Oculus that we do indeed need to update to SDK 0.4.3 as soon as possible.
0 Kudos
Share
Reply

We've been integrating the new SDK into our project and it seems to be fine, but there is a slight problem.

In the editor, the Health and Safety warning appears whenever we run our game and stays on screen for some time and seems to go away randomly at times, regardless of any buttons pressed. (On device, no warning appears at all which is fine)

I've read the documentation and I haven't seen anything that suggests how to disable this and online searches only explain how to do it with the Oculus Rift sdk, which we don't have. 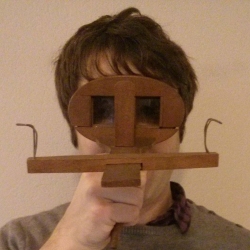 - We've had some folks report black screen crashes on level load lately. Updating to Unity 4.6.3f1 appears to fix this. Please make sure you're building with Unity 4.6.3f1!

- INHIBIT_ENTITLEMENT_CHECK doesn't do a signature check, and shouldn't change local behavior. The entitlement check always passes if you have a signature for your device in the build. Inhibiting it should only affect devices that get the app from Oculus home. If you're having problems with this and can narrow it down to a bug report, please let me know.

- You should always be on the latest SDK when submitting applications to us.

The wait cursor for the platform menu appears not to work on this update. Checking the code changes, it seems OVRPlatformMenu is not taking into account the world position of the camera rig when placing it, so it's placed next to the world's origin. There's also a reference to the OVRCameraRig that it's not being used right now.

(I might be mistaken, though, I'm not familiar with the new rig / pose structure in this SDK).
0 Kudos
Share
Reply