This aint really Medium exactly but I figure since Medium is kinda the reason I found myself wrestling with fistfuls of sticky mud last night it would make sense to post about it here. So, yeah, last night I began meatspace sculpting classes. What a trip! Over the next few months I shall use this thread to compile an in depth review of meatspace.

First thing I noticed about meatspace - Gravity is a constant. Sticky mud is not! When I put clay somewhere (proper Medium clay, not this weird meatspace equivalent) I fully expect it to be there when I come back to it. This is not the case with sticky mud which will droop and flop and generally just conspire to gamify the whole - applying mass where I want it to go - business. The mud had me pwnt for a while. Never play against an opponent who's dictating the rules.

Fortunately sculpting teacher was armed with information on how to combat sticky mud's obsession with the centre of the earth and told me to build a little column out of more sticky mud and use that to prop the first bit up. Using the sticky mud to police its own unruly behaviour? I admired the deviousness of this approach,  anticipating the feeling of frustration the mud must be experiencing. "Drat. Foiled again. Judas!"

Second thing I noticed - Having a live model on a turntable in front of you beats a hundred-odd shades of shit out of any reference image. No more trawling through a pile of photos to find the right angle on the bit I want to look at, just move my head a couple of inches in any direction and the reference updates in realtime. Six degrees of freedom, full immersion. Meatspace compares favourably to VR in terms of resolution and there's no screen door effect.

Is early days and I could well grow to hate it but so far so good. Turns out you can have fun in meatspace after all. It's still not ready for a production workflow, tho. It's missing so many features that I take for granted in Medium. Zooming and scaling, undo, mirror plane, duplicate, flip... I have a list as long as your arm and it's anybody's guess when (or even if) these might appear in an update given that the devs totally neglect to engage with the community in any way shape or form. Which is a shame cos it's got some real potential.

Some screenshots of my WIP. All of these were rendered in meatspace, using the internal engine. Sorry about all the junk in the background but I could find a setting to turn off background images or even change the colour of the sky. Couldn't even find a settings panel, tbh.

You got some clay on Milo Yiannapoulis, but at least you found a proper use for the dinosaur print media!  😄 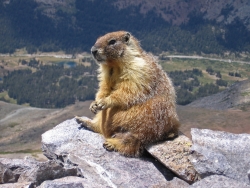 This is so great, thanks for sharing, please keep posting about your progress!
1 Kudo
Share
Reply

Meatspace Episode 2 turned out pretty cool. Sticky mud was much less rebellious this time round although working with little bits was like watching Medusa work a room as they were inclined to dry out and turn to dust at the drop of a hat under the hot studio lights.

Spraying with a little mister bottle of water turned out to the the preferred solution, plus keeping my ball of extra mud wrapped up in a soaking jay cloth, in a bin liner on the little shelf under my pedestal.

At some point, probably about half way through the session I suddenly realised I knew what I was doing. I'm sure that doesn't sound anywhere near as weird as it felt but it was totally freaky. Like deja vu. I ROFL'd. Turns out that can startle other players in Meatspace. The best way I can explain it, is it's a bit like typing in all caps on a forum or such.

Thing is, there was a point where I got familiar enough with the sticky mud to slip into a flow state and then, honestly it was very like being in Medium. Just me and the gloop and this wild, ultra-hipoly 3-d bodyscan sitting on a crate in front of me. And here I am trying to figure out that little twisty thing the pectoralis does just before it disappears in under the deltoid. Familiar turf.

I shit you not - grinning from ear to ear I was.

Unfortunately no screenshots this time. Forgot all about it until after I had my sculpt swaddled in wet cloths and polythene. If that sounds like a kinda strange way of saving your work then we're on the same page here. The absence of a file system of any description is another strike against meatspace. Great fun, tho!

Last night found me loading up Meatspace for my third session and the final one with our current reference mesh, Jeff. Next week we begin a new mud file with a new reference in a new pose so this was the last chance to finish my first sculpt. I took a screenie before I started as a fill in for the one I missed last week

I spent the first couple of hours trying to tidy up the body and then the last half hour throwing a head on there, almost as an afterthought. I figured I didn't have enough time (or skill) to do a likeness, so I just kinda speed doodled something roughly head like. Even if I had spent the whole session on the portrait I doubt if it would have gone any better because it's just too small. Even the primary forms were to small to do anything with but I was informed by the teacher that clay is cheap and they don't mind if I make the next one twice as big. So that's the plan for the next couple of weeks.

So the end result after seven and a half hours looks quite frankly like a piece of shit. If I'd done this in Medium, I'll guarantee none of you would ever have known about it but despite that I'm pretty stoked with my progress. Mutant-blob man has served it's purpose. I have a few workflows for making things happen now and it's starting to feel like the mud is a friend rather than a foe. Shit still has a mind of it's own but a little familiarity goes a long way.

Been off work this week so tonight was about the first time I've even seen meatspace given that I've been in teh rift for most of my holiday.

Plan was go bigger. Fell at the first hurdle. Started blocking it in and it turned out pretty much the same scale as the last one. Doh! Feeling a lot comfier with the mud now, tho. Less about wrestling with it and more towards making it do what I want it to.

Same as the last one, I have another 2 weeks to finish this one. Off to a better start I think.

Been a while since I posted an update here. Artdump!

Was stuck in meatspace all weekend with a bucket of plasticene

Still trying to beat the meatspace now and again...

Definitely can see  progress from sculpt to sculpt.  How transferable do you think meatspace sculpting and vr sculpting are to each other?