After update oculus link not working

Says a quest software update is required for oculus link beta. Install the update from the about section of your setting in your headset.
But in my headset there is no update showing. I opted out of the public test channel but that did nothing.
0 Kudos
Share
Reply
49 REPLIES 49

MrBMT said:
If Link previously worked for you and you're using v13 Quest software and the v14 PTC PC software, give this a try, it fixed it for me.

I gave it i tried 2 times...as i mentioned: PTC V14 also does not working. With PTC V14 i can activate Oculus Link, but it stopped working immediately.

You didn't mention anything about changing the Encode Resolution Width through Oculus Debug tool, so I'm not sure where you "mentioned" it?
Either way, if you get kicked back to the Oculus Home screen a few seconds after activating link, as I mentioned in my post that's a different issue.
This would only help if you already had Link working properly all the time before the update; based on your post history, it seems you did not.
Being kicked back to the Quest Home screen is generally a sign of a dodgy cable, or not enough power being sent through the cable. If you're using a USB A to USB C cable, you might want to consider connecting it to an active extension cable which you plug in to an external power supply, or connecting it to a powered USB 3.0 or higher hub.

Well, i was aware of the resolution width. It was at 2912 on V12 but for PTC V 14 i have changed that to 2784 and some other lower width.
Yes Link worked before Quest turns to V13 fine.
About the cable: I am using that original Link Cable of oculus. I also tried a before working Anker cable.
I am not using USB C to A - i am using USB C with original cable right now.
I am happy you find out a work arround which is working for you, but its not working for all.
0 Kudos
Share
Reply

That sucks then, the v14 PTC update just seems to be pretty bad in general at the moment and lots of people seem to be having some issue or another with it; here's hoping they fix the issues including whatever is now causing yours before they make it a non-beta release.
If you haven't already, I'd advise you to submit a support ticket to see if there's anything the support staff can suggest to fix it for you.
ASRock Fatal1ty Z270 Gaming K6 & Thunderbolt 3 Add-in card, i7 7700k, 64GB RAM, GTX 1080Ti, 13TB HDD, Windows 10 Pro
Oculus Quest v13 Update, Official Oculus Link Headset Cable
0 Kudos
Share
Reply

MrBMT said:
That sucks then, the v14 PTC update just seems to be pretty bad in general at the moment and lots of people seem to be having some issue or another with it; here's hoping they fix the issues including whatever is now causing yours before they make it a non-beta release.
If you haven't already, I'd advise you to submit a support ticket to see if there's anything the support staff can suggest to fix it for you.

I am in contact with support staff since yesterday. Well last advice
was to uninstall my security and leave pc defenceless for hoping to get
V13 for PC.

I gave the "Encode Resolution Width" routine a shot, which didn't work for me. Back to the Oculus app repair process once again and wait for the v13 to show up at some point, whenever that might be. Lovely. **** you, Oculus.

Not sure how you people get v14 because when i did update it went like this.
First it updated Oculus Quest to v13 after this update i open then Oculus app on PC, it was v12 and a message in red that an 'Oculus app needs update', so i press that Update with link in it but nothing about Oculus update show in the app list, so i went in settings and enabled PTC which have triggered the update of the Oculus app to download, i went and check 'Whats New' and it show v13 and i did update, after this i got another pop up in blue color in Oculus app which said something like 'Your drivers must be updated so your device will work' i did that and link is working but i have a issue with no audio when link is used did not tested today to see maybe i needed PC to restart or something related.
My Own PC Build: NZXT Source S340 White > Corsair RM1000i > Asus ROG Strix Z270F Gaming > CPU Intel i7-7700K 4.5Ghz > Deepcool Captain120 EX > RAM KHX2400C15/16G | 4pcs = 64GB > Asus GTX1070 Dual O8G > Samsung U32J59xUQ 4K > Realtek High Definition Audio > Intel SSD 760p Series PCIE/NVMe M2.1 1TB > Intel SSD 600p Series PCIE/NVMe M2.2 1TB > AZIO Retro Classic Copper > Razer Mamba Hyperflux = Oculus Quest/Link

@iTesla8 the release notes shown when you select What's new? during the Oculus software update are incorrect, if you enable the PTC it actually installs the v14 Software and you can confirm this by selecting Settings -> General and scrolling to the bottom you will see it says: Oculus app version 14.0.0.50.710 (14.0.0.50.710)
The no audio issue is something else altogether and something I've seen discussed a few times elsewhere on the forums many times - not related to the v14 software specifically however. It just seems to be a general problem that happens to some people.

iTesla8 said:
Not sure how you people get v14 because when i did update it went like this.

By enrolling to PTC you automatically get the v14 update, even though the "What's new" info tells you otherwise. No wonder this is making users (myself included) so confused and frustrated, as they don't give the slightest crap about informing us users on what's going on. If your Quest is on v13 and your Oculus Windows app is at v12, you're out of luck and will just have to wait until v13 comes your way. If you are on PTC, you are most likely out of luck as well. Some have gotten v14 to work on their system, but it appears that most have not.
This is not a good look for Oculus, to put it mildly.
1 Kudo
Share
Reply

OMG i did not see it is v14 i now check and it is indeed v14 i was in a rush to test yesterday to play that i have missed this detail, now i looked in the Debug Tool and Encode Resolution is set to 0 maybe this is why link was working, cause people report this to be the fix for Link not working.

Oculus gear vr not downloading on my samsung 8. Wtf? 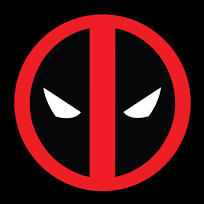 These are the errors in the log I get when I try to start link now after the new version (v13 Quest and v14 PC). I made sure that I looked at the exact time when I activated Link, so I'm sure the errors are related to the issue. I've tested it twice that way and the errors seem to be the same each time.