This is for future reference for those that may come across the same issue.
I have been using Oculus Link for some time and, apart from its inherent flakiness, had no real issues - until yesterday, when I suddenly started getting a black screen in the headset when connecting to my PC. There was also the following warning on the PC Oculus app: "Oculus has detected a problem with your graphics driver".
Further online investigation suggested this issue has occurred in the past, but related to the Rift. Removing a legacy amd vulkan file (usually in C:\WINDOWS\System32\amd-vulkan64.json) is a common solution. However, I had no such file in my system, but I tracked down the similarly named obs-vulkan64.json in C:\ProgramData\obs-studio-hook. I found that removing this, along with graphics-hook64.dll, fixed the issue (I also removed obs-vulkan64.json and graphics-hook32.dll for good measure). I can now use Oculus Link again!. I have a feeling these files have just appeared on my PC as they have very recent date-stamps.
Hope this helps future sufferers!
1 Kudo
Share
Reply
3 REPLIES 3 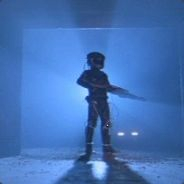 I thank you so much!
You are my hero this week. 🙂

Thank you so much, this worked. But does that mean now I won't be able to capture vulkan games with OBS anymore?
0 Kudos
Share
Reply

Be sure to install OBS using the installer or the updater. If you're using the portable version, run OBS as admin once for it to correctly replace the old Vulkan file. A reboot may be required to solve any remaining issues.
0 Kudos
Share
Reply