Quest 2 blurry? Spent the week trying to get it sharper...ideas?

To me, the Quest 2 seems oddly blury. First, I wear glasses,
have a Rift S (got quest 2 since no word they will be making anything
other than the quest 2) and have been spending 5-6 hours a day trying to
get it to work as well as the You Tube Reviewers say it does (for link and wireless pc). Got this
HMD on the 12th by Amazon. The home screen was good enough to read the
menus without glasses (Surprised!) and very sharp with the glasses. BUT,
only the menus were sharp, the sides and distance are very blurry in the
home screen. I turned on 90 Hz but saw no difference in the blurry
areas.  Robo Recall Unplugged is also blurry when you stop for a moment
to look. [EDIT] Robo Recall may be a poor example as I do not think its graphics were updated for Quest 2? Now, blurriness is subjective but it is to the point where the
eyestrain is enough to make me stop after 10 mins or so.  The lens are
not fogging up, the HMD is not over heating.  There is a change that can
be made in the debug tool that supposedly raises the resolution but
that is on the PC and I suspect only for the link. I have held the HMD
to my face and changed the angles and distance and pressure, looking for
a sweet spot everyone talks about to no avail, I have also tried it
with the strap.  I can get it to the best position but the blur is the
same.  The IPD 2 setting is perfect for me and even adjusting it to 1/2
positions make no real difference. I tried it with a recommended third
party cable for the link and that was just a bad experience, with a USB 2
repeater cable and short USB C extension working better for some
reason. It Kind of hurts having spent the money for what was supposed to
be a superior HMD out of the box but that is really neither here nor there.
Mine is either blurry or low resolution with blur.  I have read posts on
other forums with the same problem and the same people telling them to
put their glasses back on lol! I EXPECT that this issue would be
resolved during one of the updates along with the 90 Hz for supporting
games, but with the return policy some people may not have a choice but
to return it.  If it does get fixed later they can buy it again.  The odd thing is that it doesn't seem to effect only glasses users but it is not wide spread.  Since I am new to the Quest 2 perhaps I have missed a setting or two.  Oh, can you walk around your home environment as you do in the Rift? 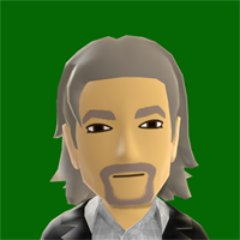 There are comments about this on Reddit too. The blur is the first thing I noticed when I put the Quest 2 on. I have a Quest 1, Rift and PSVR, so I know about getting the best position on your head, IPD, lens cleaning, fogging etc. I do normally wear glasses but have never needed to wear them in VR, but for the Quest 2 I have to wear them to get a clear image. I didn't have this issue with Quest 1. It's as if they've changed the focal length of the lenses, and as far as I know there's no way to change the focal length with software. As far as I know you can't walk around the environment, which is a shame.
5 Kudos
Share
Reply

I like how zoculus says nothing i think I'm going to return the 3 I bought to Bestbuy.

I had the same problem, coming from the rift then saw a comment on reddit that the belt strap tilts up and down, tilting the strap fixed it for me!
1 Kudo
Share
Reply

I was having the same problem and had no issues with the Quest 1. For me the trick was to use setting 3 on the IPD even though I'm closer to IPD 2 (as measured by an optometrist). The edges of the lens blur somewhat and when they occupy more of your view it makes them look unreasonably blurry.

I also noticed that my Quest 1 came with lens rims and the Quest 2 didn't. These are designed to pop off easily to be replaced with prescription lens rims (do not remove the lens themsleves, only the rims). Because they didn't use these rims from the original the blur at the edge of the lenses becomes visible/more prominent.
I tried placing the Q1 rims on the Q2 and it almost entirely hid the blur.

Very happy with how it looks now. I also removed the glasses spacer and I think that also may have imporved it, so could be worth playing with.

This is annoying me - to the point I may return the Quest 2.  The Quest 1 did NOT have this noticeable of a blurry issue around the periphery.  Where is it tragic? When my left eye looks to the right.  I see a huge blur on my left lens.  Pretty awful.  Not to mention that I can see the sides of the device on IPD setting 3 (i'm 70 mm and need this setting.)  How that got past the design stage is shocking...
0 Kudos
Share
Reply

Same problem here. (IPD 71). It's really disheartening to see Oculus put out a product that doesn't fit everyone. Will have to send back my Quest 2 despite the fact that i am loving pretty much every other aspect of it if they don't manage to fix this with software adjustment maybe?
I played for a longer period of time yesterday and i got pretty bad eyestrain as a result. I don't have this problem with my good old CV1.
0 Kudos
Share
Reply

I've tried every physical adjustment I can think of to no avail. Even when I do manage to get the centre of the screen in focus (and it's just the centre, nowhere else), the slightest move of any facial muscle makes the whole screen blurry again.

Surely this can't be right, having just a very small area where it's in focus, but the slightest movement put it out of focus again?

^^^I think what people are finding out now is the Q2 has such a small sweet spot that full software IPD was not a viable option because there is simply no headroom within that sweet spot for even minor devations from the three fixed IPD ranges.....as say compared to the PSVR or Rift s whch have quite a lot of headroom for software IPD ranges within 58 and 72mm range if i remember correclty.....of course on saying that there is nothing to idicate that they could not have allowed the lenses to fully travel to any IPD setting within the movement range of the hmd itself, and found another way to lock them into position, but i guess that was more costly than having just three fixed ipd settings.