After a while of use, my Quest 2 will all of a sudden say it's not connected anymore, and when I go to wifi, all the 5GHz networks are now missing!  I then only see the 2.4GHz networks.  A reboot fixes this but it's happened over 3 times now.  Is this a known issue?  Is there any fix or anything I can try? I want to use 5GHz wifi! 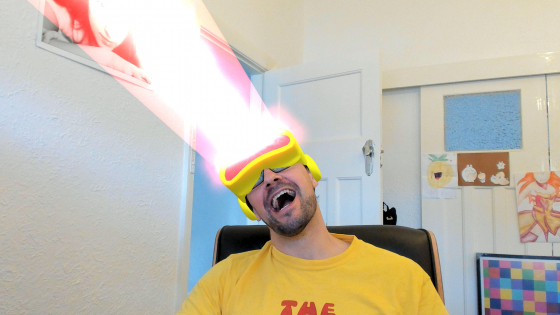 So I rolled the dice and spent $$$ on a Wifi 6 router to try to fix this bloody wifi issue with Quest 2.  Like everyone else,  I have dozens of other devices that work just fine on my Orbi mesh network - but not the Quest 2.  But after setting up my Xiaomi AIoT router AX3600 - it works great for everything.. but not the Quest 2.

Still my internet connection is unreliable,  Virtual Desktop says it's not on the local network and I'm left wondering what Oculus is going to do for its user base.  Clearly this is a problem with the Wifi software / hardware in the Quest 2 - but I'm not seeing FB/Oculus taking responsibility for the fault or a roadmap to resolving it.  Considering returning Quest 2 now I've tried 3 routers, 100s of settings, reboots, hard resets, Wifi apps .. and no love.
0 Kudos
Share
Reply

Are you using any repeaters or access points around the house? I had an issue before with ghost SSID's that devices would try to connect to even after connected to the active SSID. This would cause connections to drop all the time and also password and connection authentication problems.

Remove any other network devices / access points for Wi-Fi that is NOT your main router. This will narrow down the problem.

whoa182 said:
Are you using any repeaters or access points around the house? I had an issue before with ghost SSID's that devices would try to connect to even after connected to the active SSID. This would cause connections to drop all the time and also password and connection authentication problems.

Remove any other network devices / access points for Wi-Fi that is NOT your main router. This will narrow down the problem.

That's the most popular thread in here. It seems a lot of people have the same issue with routers. Also, everything that people mention in this thread is deemed to be an unreasonable step.

Especially when your consoles, phones or computers connected to the same Wi-Fi and don't share the same wi-fi interrupting issues as Oculus 2 headset. (and yes, other people, including me, tried to remove all devices from the network and numerous other "solutions").

The reasonable step would be an official patch or if the headset comes with such issues, to have at least a gadget (an antenna) or something like USB C to ethernet port that solves that. I don't know at this point. I can play on consoles/pc/laptop 24/7 uninterrupted on my wi-fi, but oculus drops connection within minutes, weird.

Hi,
I bought the oculus quest 2 3 days ago and have the same problem. It's my internet operatir's router that broadcast the 5Ghz WiFi and i don't wanna buy a new router just to get the oculus work fine... my 5Ghz WiFi works fine with all my other devices, it just disapears for the oculus. And when i reboot the oculus, everything work fine.
I was never disconnected while playing, only after my oculus it wakes up.
Thanks for your help
1 Kudo
Share
Reply

Wondering if this is about wifi AC wave 2 implementation on the routers vs the headset.  Many routers were released prior to AC wave 2 finalization with AC capabilities.  Not sure but wondering if the problem could be that sleep/wake implementation was late to the game on final requirements and if routers designed prior to 2016 finalization might be the issue.  Or...far more likely a combination of this and a software, driver, or hardware design issue in the Quest 2.

I am getting some new ubiquiti wifi 6 aps today and will test them out.  I think the best option here might not be fighting hard to get the current routers to work, but instead making a list of routers and aps that work well with it.

Sometimes it's best to just find the fix instead of waiting for a company to step up to the plate.
0 Kudos
Share
Reply

Hello, i think i found a possible workaround:

I have the same problem as most here (losing 5Ghz connection after shutting down, coming back after switching wifi off and on again).
But today i found out that doesn't happen when the quest is connected to my pc via link cable! I played a game last night using virtual desktop and used the cable for charging while playing. I went to bed and left the pc and the game running, switched the quest off  to continue later. and the wifi was still there, hours later!
Can anyone confirm this?
0 Kudos
Share
Reply

Hello, i have the same probleme, here just bought a new rooter and when im playin Blade and Sorcery VR, upon a certain among of time that depend, it just disconnect and reconnect. My 5ghz is absolutely perfect, no latency nothin.
0 Kudos
Share
Reply

So... after trying everything I can think of... 3 routers, buying a new Wifi 6 router, separating mesh bands, turning off mesh, different Wifi channels / bands, resetting, eliminating network devices... I'm calling it.  Just printed my return label for sending my Quest 2 back.  Sad because when it works, it's great - but currently I just can't reliably connect to the internet or my network devices - and a 'standalone' VR headset MUST be able to connect to things. I'll be kicking myself if Oculus comes out with a firmware fix for this issue soon - but currently they don't seem to be admitting there is a problem - even though they have accepted a return.
3 Kudos
Share
Reply

Similar problems.  Quest 2 out of the box, new worked fine (didn't think to note what software build it was).  software update to build 23 and now if Quest 2 sees the 5G wifi, it won't connect, then won't list any wifi networks at all!  then gets stuck there.  disable 5g and it works.  no neighbours with 5g, so its a workaround of sorts.  both 2.4g and 5g wifi use the same ssid so devices can use whichever they like.  the wifi is a mesh with two APs, one for either end of the house.  kind of living without 5g wifi for now.  oculus/fb support have said RMA the quest 2 initially, then it doesn't support 5g.  finally wait and hope for a software fix.  so, waiting 😞
0 Kudos
Share
Reply