Update 3/4/2020: I'm hearing that the v14 software update should now be available to 100% of Quest and Go users. If you encounter any issues downloading or using this update, please contact customer support. Thanks again for your patience during this rollout!

Update 2/28/20: Hey everyone - Wanted to jump in here and provide a quick update on rollout progress. Rollout is still ongoing and only available to a percentage of users at this time, which means that if you haven't yet received v14, you should not expect to receive it over the weekend. We’ll continue the rollout next week as we ramp up to all users. Oculus Link should continue to work as normal in the meantime, as long as you have some combination of v13 / v14 software versions on your Quest and the PC software. We greatly appreciate your patience while the team works through this.

All of these features and enhancements will become available throughout the week of February 24, 2020.

I did update my Nvidia drivers before using the Quest yesterday.  Maybe the new drivers are causing the issue.
0 Kudos
Share
Reply

erasmushurt said:
As soon as I grabbed this update both of my controllers started going heywire. Losing tracking repeatedly. Restarting didn't help.

Well at least now I know it's not just me. I've been having the same issue since I got the patch today.  I tried a bunch of fixes before I saw this thread and so far nothing has worked.  Guess I'll just put the Quest back in the closet until the next patch and see if it works then.  😐

Are you using YUR on your Quest?
Removing it solved my issues. And I tried evrything before. YUR is currently know for causing exactly this behaviour.
Also Hand Tracking should be removed maybe for safety while you face this error. 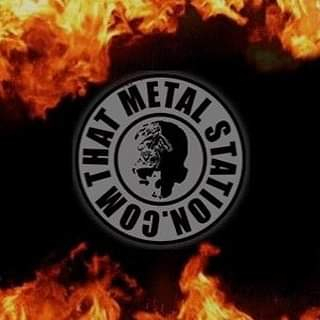 Tested Quest link today and it worked perfectly the first time.  Nothing changed with my settings or system.  No updates either.  I guess it decided to work today.
0 Kudos
Share
Reply

thr33to3 said:
I'm having an issue with my quest no longer appearing in windows explorer.  The new link button works great, but i'm no longer getting the 'allow access' prompt and can't find any way to manage files on my quest from my PC and it worked fine just two days ago.  Link works perfectly, so clearly quest and PC are communicating.  Any help would be greatly appreciated.  I've done all the standard restarts of pc and quest.. not in dev mode either.

Hey does anyone else have this problem where they have no audio coming from their quest headset when using link? Also it says when I have oculus app open on pc in devices,quest or headset "No headset audio " If you find a solution please reply to this comment.
0 Kudos
Share
Reply