Can someone explain to me (there is no right explanation) why the Quest 2 is $299 everywhere, but in Switzerland, it's 399 CHF? $299 is 266 CHF. What is the extra 140 needed for? I know it's not taxes, so why? Why should I not just buy it second hand or just order it from any other country?

Facebook (they aren't the only ones doing this) treat british pounds as the same as us dollars, then use that as basis for the rest of europe.
So $299us for the 64GB Quest 2 becomes 299 pounds. (Yeah, not fair, but others do it too)
That is equal to 360 CHF.
Then using a swiss import tax calculator, you'd pay 56.60 CHF (26.80 duty and 29.80 vat).
So all up it would be 416.60 CHF. But that's an unpleasant looking number, so they cut it back to 399 CHF (far too coincidental to exactly end on 99).
Or something like that, I'm just guessing. But they absolutely do 1 pound = $1us and they don't always charge the correct tax.
The australian price is $479au, but at the current exchange rate plus tax it should be only $431au. They don't charge shipping (at least as a separate thing). The problem is they converted the US price once then locked it. So its not using the current rate. If they locked the price at the end of june this year, $479au would have been the correct price back then.
Edit: looking back at the exchange rates, if Oculus locked the swiss price in march of this year, the exchange rate and tax would line up correctly with the 399CHF, if still assuming 1 pound = $1us.
Author: Oculus Monitor,  Auto Oculus Touch,  Forum Dark Mode, Phantom Touch Remover,  X-Plane Fixer
Hardware: Threadripper 1950x, MSI Gaming Trio 2080TI, Asrock X399 Taich
Headsets: Wrap 1200VR, DK1, DK2, CV1, Rift-S, GearVR, Go, Quest, Quest 2, Reverb G2
1 Kudo
Share
Reply 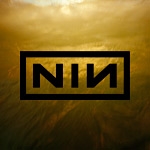