Hi all, really hoping someone might have experienced this same problem and found a fix, as it's really frustrating to not understand WHY this is happening.
I'm Using Oculus Link and Unity to iteratively develop and test (using the play button in unity, which automatically plays on the USB connected Quest).
I'm following the guidance for using UI helpers on a canvas object and have had no problems with being able to interact with all aspects of my UI using the touchcontrollers and the included raycast and linerender "Laser Pointer" script.
The problem i'm having is when i come to do a build. Everything builds fine, with no errors but when I play it on the quest, the laser pointer/ line renderer not only doesnt show up it doesnt give me any interation with the UI when running on the Quest.
Even stranger is the fact that when I plug my Quest back into the PC and start developing again in Unity, the problem then appears there. None of the UI interaction is working and the line renderer doesnt show up !?
The only way to get the functionality back is to exit Unity and reload the scene. Everything then goes back to normal.... until I do a build again!?
This may well be a Unity issue, I'll be asking kindly on their forums too, but would appreacite any advice or if anyone else has experienced these kinds of UI interaction problems with a Quest Build?
Thanks in Advnace
Andi
0 Kudos
Share
Reply
2 REPLIES 2 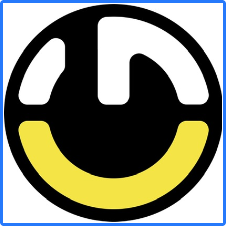 Make sure to remove the EventSystem that Unity makes when you create the first canvas in the scene. UIHelper has it own EventSystem.
6 Kudos
Share
Reply