These features and enhancements will become available starting the week of February 1st, 2021. 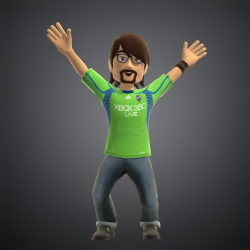 Still having this same issue i posted in the v25 PTC thread with the Release v25 version -- https://forums.oculusvr.com/t5/Oculus-Rift-S-and-Rift/v25-PTC-PC-Software-Release-Notes/m-p/848360#M...

On v25 i started seeing an issue on Quest 2 Link playing dirt rally 2.0 (steam) where the bottom half of my screen would have like a white-distorted overlay on it shortly after entering(or exiting) VR mode for a race.  Exiting quest link resolves the issue in the headset... appears to be a quest link related issue.

i just tried on the v26 PTC version and ran into this issue as well.

Also tried with the recent v27 PTC and this issue continues to be a problem.

however the below isn't an option anymore
Reverted back to v23 and couldn't reproduce the issue.

Where is v26 PTC PC Software Release Notes? It's so annoying that there isn't change log in update everytime.

Yep, please create the v26 thread so I can say how much I love the way it allowed me to get some distance with Microsoft Flight Simulator by introducing big display bugs...Pfffiiuuuuuu...