I recently have been for a rift s for my gaming PC. Being that Covid-19 has diminished the supply of both systems, I can't necessarily choose which one I want. I have a gaming PC with the specs to run a Rift S, but They don't get in stock nearly as often as Quest's do nowadays. I hear the Quest Is unveiling new technology such as hand tracking and Type C Link tethering, allowing the quest to use my PC's power, but from what I've heard the hand tracking is unreliable and the link's latency can break immersion, along with the quest being overall heavier and less comfortable than the Rift S.

TL/DR: Should I wait for the Rift S to come back into stock, or get a Quest and use the Link capability?
0 Kudos
Share
Reply
4 REPLIES 4 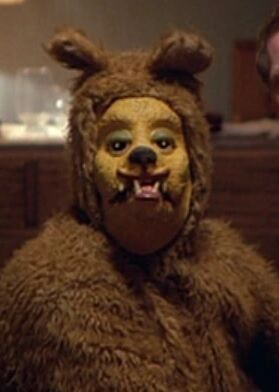 I have a CV1 and Quest. I use Link very often and sometimes use VD to game wirelessly. Latency with Link is very minimal and it doesn't break immersion for me. I don't even notice it... it's a bit more noticeable with VD and wireless gaming and it might be an issue there if you are sensitive to it. However, the big hulking gorilla in the room is how unstable Link is for many people. For some - it works great with no issues. For others it is hit or miss and might take some fiddling every time you want to use it. For others, it just doesn't work at all. Hopefully, they do get the bugs ironed out fully at some point - but who knows how long that is going to take. You might not want to buy a Quest if your primary focus is going to be PC-VR. I've never had any issues with hand tracking myself - others have but it doesn't seem to be all that common compared to Link related issues.

edit: I have both aftermarket link "compatible" cable and the official one. The official Link cable hands-down works better/more consistently.

I have both and me personally for PC I prefer the Rift S.

My 2p
I have Rift S and Quest.

The Rift S is a better PCVR experience IMO.  The display is sharper and clearer. The Headset is more comfortable and lighter.  It's wired and you need USB 3 and a display port. It plays Rift and SteamVR games.  There are lots of forced updates, but nothing benefiting the Rift S, you just have to take them and hope you don't get shafted.

The Quest has darker blacks, but is not as clear a display and suffers from god rays a little.  I can't use quest for more than an hour without taking a break as it hurts my face.  Link can be difficult to get working although I have no issues.
The Quest is a good all rounder, you only need 1 USB port either USB2 or 3. It plays Quest, Rift and SteamVR games.  It is where the focus is at the moment, bugs aside it gets better with every release. And you can use it wireless....

YMMV this is my opinion based on my usage of both products.

I have both and agree with Umpa and dburne, Rift-S is a better experience for PCVR for me.

Comfort is a big deal, I tend to play much longer with PCVR titles, over 600 hrs in Fallout alone with the S and I really don't think I could do that with the Quest. But as I use the Quest increasingly more often, I'm slowly getting used to it, so opinions about comfort may depend on simply getting accustomed.

I'm also a little susceptible to the slightly lower refresh rate in the Quest during bright scenes and Quest colours are a little less natural to my eyes, but overall, visual quality is very close between the two imho. Overall I prefer the Rift in bright scenes and the Quest in dark scenes.

At the moment Link is in beta and is an additional feature to a headset that was designed for stand-alone. The feature hasn't been around long and performance can change with each update, not necessarily in a good way for everyone. I've mentioned this when Link was first implemented but I'm not sure everyone takes it into account when deciding which headset to get. The official cable is the cable Oculus will do the most testing with I'm sure, so that's the cable I'd expect to be the most reliable... as jseams says.

Lastly, although you're just asking about PCVR, if there's a good chance you're going to want to play untethered VR too, or you may want your VR to be transportable... or you like to demo VR to other people, Quest is far and away the best headset to do that... plus it also does PCVR, oh, and it's pretty good for media viewing on the sofa... I think that's the best way to describe the Quest. I'm not sure I could do without both, but I'd choose Rift for PC.