Did Zenbane and Atmos73 deserve the ban hammer?

Title says it all, just curious to see the communities opinion.

@OpticKing, have you not got your Touch yet? this looks like a thread created be someone who's waiting!

One thing to note, I will consider unbanning them, maybe in a few weeks time. It just became too much, and the forum was becoming an unfriendly and negative place. If they return to the forum refreshed and behave themselves, I can be OK with that. But clearly the moderation and warning that has happened so far was not changing the situation, and I felt compelled to take action. Thanks.
AMD Ryzen 7 1800X | MSI X370 Titanium | G.Skill 16GB DDR4 3200 | EVGA SuperNOVA 1000 | Corsair Hydro H110i Gigabyte RX Vega 64 x2 | Samsung 960 Evo M.2 500GB | Seagate FireCuda SSHD 2TB | Phanteks ENTHOO EVOLV
11 Kudos
Share
Reply

I would say Atmos more than Zebane as he was basically spamming the forum with a pro Vive agenda.

I am not against somebody having a different opinion but the way he was very selective with which parts of stories or which reviews he would post was rather annoying, it does seem Zebane was the main one to keep calling him out on this but then neither could/would drop it.

I do, had em since the 6th. They are great, and I'm having a blast, but you also gotta take a break sometime lol.

Arms are sore from archery in the lab and windlanding, legs are sore from dodging like a fool in dead n buried, beaten bullet train at least a dozen times by now. (already impatient for robo recall, they got me hooked)

So I am waiting, until my muscles stop burning enough for another go. 🙂

I was surprised at how physical games have become... I thought I was fit but I'm just not use to holding my hands above my head like that in The Climb, 30 mins and I to let things dangle for a while.

Edit: I suppose I should vote

Not that I read the arguments but it just became annoying scrolling through the endless jibes. Shame both when not arguing are good contributors to the forum.
4 Kudos
Share
Reply 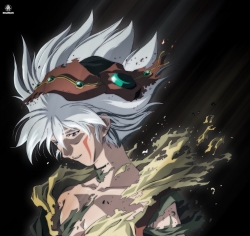 wow, so it finally happened. Honestly in my humble opinion this forum, as well as r oculus and r vive needs to calm the hell down with the anti this anti that rhetoric.

Literally both sides are saying the same crap about the other being fanboys and spamming and anti rift anti vive this or that. its silly.

I joined these forums back before release and ended up getting my vive first and enjoying it, so I talked about that alot, and would defend this or that when it was attacked, particularly by people who had never experienced or tried it. Got into my own arguments with Zenbane, but overall there was still a good amount of bad will towards anyone saying literally anything about the vive or anything less then stellar about the rift. Even when it wasn't being spammed.

Not to say that that was everyone, I've had alot of good discussions on here as well after all that died down. But the whole castle mentality needs to lighten up here. I can understand people getting frustrated with Atmos' posts, though I don't think things would've gone that far had people not attacked him so much.

Zenbane was no shining pillar either. He had his own opinions like Atmos, but would troll quite a bit and made things ridiculous for anyone like atmos or myself that had other opinions.

In any case, I stopped posting as much cause of all that. Why bother discussing if no ones going to actually discuss with you. Hopefully things calm down and people have more good will now that Touch is out and with Revive everyone's playing the same games with very similar features.
2 Kudos
Share
Reply

so was there one final blowup or something? missed all the action.
A: Because it messes up the order in which people normally read text. Q: Why is top-posting such a bad thing? A: Top-posting. Q: What is the most annoying thing on forums?
0 Kudos
Share
Reply

Bear in mind latterly posts were being deleted which you wouldn't necessarily have noticed, in order to keep threads on track... not ideal.