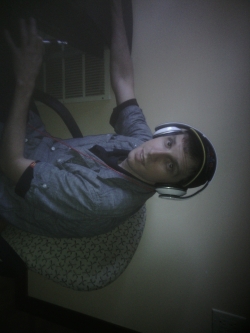 I am an aspiring inventor of sorts and I would like to share an idea I have been tossing around in my head for quite some time.

Goal: To power an entire house with one relatively small dual sided photovoltaic panel and a 24 volt battery!

The dish structure would be mounted on a pole (obviously).

At the bottom of this pole would be a cylinder shaped 24 Volt battery.

The pole itself would be designed to double as a massive electromagnet. Inside the pole would be a electric motor near the top and a rotor that is vertically oriented and when operational rotates inside the pole.

There would be two sources; the panel and the battery.

Thus when operational producing a substantial amount of electrical energy which I hope would be enough to justify such a solar power generator system in the first place.

Ideally the two sources would be able to switch what they energize on the fly to maximize power output. such as in when it gets cloudy the battery will torque the rotor and the PV cell will switch to power the magnetic field instead and when the clouds pass the sources will switch back to default.

Also the battery would be charged by the grid over night. (obviously)

I am wondering how much power output I could get from such a device....

Also there would need to be an additional device installed inside the home that would convert the DC to AC transforming the current to be used through the house. in addition to just being an inverter/transformer ideally this device would be similar to NEST and should be able sense when the house could (assuming output of the generator is capable enough in the first place) switch from grid to generator during periods of low power usage in the home during the day.

Reading this post somehow reminded me of the Mythbusters episode where they busted a lot perpetual motion machines 😉
Not that it wouldn't work at all, but it is highly inefficient in it's current setup. You are better off just hooking up your PV panel straight to the battery.
Think about today and tomorrow. There is nothing you can do about the past.
0 Kudos
Share
Reply

The problem with perpetual motion as it stands is the idea that it doesn't need something to get it going. However, faux-perpetual machine devices do exist, however, you cannot get power from it. Think of it as a feedback loop, it passes the same amount of energy back and forth. It doesn't produce, nor does it discharge, any energy. 100% efficient, and also 100% ineffective as a source of power.

Something that comes to mind is one of those spinning magnet things you see on people's desks. They spin and spin and spin, until you stop it. Then it spins no more, until you provide it with that initial spin.
Current WIPs using Unreal Engine 4: Agrona - Tales of an Era: Medieval Fantasy MORPG
0 Kudos
Share
Reply

i do have another design that is a bit more unique....

then i want to put the hoop on a rig and place a mini tesla coil or mini transformer in the center of the hoop. connect the solar panel hit the switch and observe what happens....

would the magnet zipping around inside the hoop generate any electricity? and if so would the mini tesla coil or transformer be able to pick it up and send it out?

of course the visualization I was thinking about was a bit more complex.....

I want to seal the hoop and the mini tesla coil (or transformer) inside a thick glass sphere/globe that is a vacuum. at first the rigging of the hoop will be set to the equator. but i would also like to experiment with rotating the hoop by means of a 24 volt battery from a horizontal orientation (equator) to a vertical orientation (prime meridian) at a specific speed so the magnet essentially draws a vortex around the inside of the sphere going up and down.

if the device works but just needs more power output you could experiment with;
-adding another permanent magnet into the hoop
-experiment with rotating a magnetic fluid or gas around inside the hoop?
-have multiple hoops with slightly different radii rotating inside the globe?
-instead of the globe being a complete vacuum fill it with some kind of gas...

You're proposing a type of flywheel, but it won't work. Your design relies on driving a magnet through a hollow circular tube at tremendous speed. Even if we ignore all of the issues with that design, not the least of which is the friction that the magnet would incur as it ricochets off the walls of the tube, what you fail to realize is that a moving mass really doesn't have a lot of energy.

We measure energy in Joules, and the energy of a moving mass is called "kinetic energy". The kinetic energy of a mass is determined by the following equation for a point-mass traveling in a straight line. (For the purpose of discussion, your loop can be thought of as an infinitely long straight track, and the mass can be considered to be a point-mass.)

Power is measured in Watts, and it is defined as the amount of energy that is used per second (1 Watt = 1 Joule per second) to do work.

The average American home uses somewhere around 11000 Watts of power per day. If you plug 11000 Watts and 86400 seconds (number of seconds in a day) and solve that for energy, then you'll see that a home requires the generation of about 950 Million Joules of energy per day.

Even if you make your magnet very large, let's say 1KG, and drive it very fast, say at 1000 miles per hour (447.04 meters per second) around the loop, then it will still only have enough kinetic energy to light a 60 Watt lightbulb for about 30 minutes.

We can see that by using the first equation to solve for the amount of kinetic energy that is stored by the moving magnet.

Then you can solve for time in the second equation, which tells you how much time that this amount of energy will last if it is being used at the rate of 60 Watts.

So, you can see that this isn't a lot of energy. You need about 1000 times more energy than this to power a house.

You can read more about the difficulties, disadvantages, and advantages of flywheel energy storage in this Wikipedia article.
0 Kudos
Share
Reply

"DeadlyJoe" wrote:
You're proposing a type of flywheel, but it won't work. Your design relies on driving a magnet through a hollow circular tube at tremendous speed. Even if we ignore all of the issues with that design, not the least of which is the friction that the magnet would incur as it ricochets off the walls of the tube, what you fail to realize is that a moving mass really doesn't have a lot of energy.

you really think the permanent magnet would actually move around inside the hoop when the coil wrapped wires are energized?

essentially what im trying to do is take linear maglev technology and contain it in a loop sealed in a vacuum and exploit some resonant nudge frequency to propel the object to very high velocities with relatively little energy by comparison.

im not worried about the mass to energy per say nor am i interested in the kinetic energy im only interested in producing electricity not interested in mechanical energy. my understanding of generating electricity is that all you have to do is move and/or rotate a magnetic object in an magnetic field and somehow that magically generates electricity. so therefore im trying to design a system that can move a magnet in a magnetic field at extremely high velocities with very little input energy....thinking that would in turn produce a lot of output electrical energy once the system gets going and going and going constantly being nudged towards the speed of light when in operation.

what worries me the most is that assuming i can get the magnet flying around at extremely high velocities without any friction within the hoop and assuming i get it to the speed of light (several years after operation) what happens when you shake the system? or perhaps there is an earthquake? catastrophic failure? unless there is some dampening system...

"DeadlyJoe" wrote:
You can read more about the difficulties, disadvantages, and advantages of flywheel energy storage in this Wikipedia article.

whoa actually that is a much better design...
0 Kudos
Share
Reply