As i see the two projectors seem to connect to a common "computing device"  with a cable so I wouldn`t call them `lighthouse` style, but in a sense you are right. It would be interesting to see if they would actually try to patent a tracking system that was developed by valve.
Other than that, PSVR was born dead already due to providing a bad quality VR experience even though having way more time and resources from the beginning (till the point of fb aq, lets say).
I mean, not even the PS4pro is decent enough to rival gaming pcs, and the regular ps4... well you know.
On top of that, it was an incredibly bold and stupid move to try to sell the exact same hardware for controllers that have failed spectacularly in the past: people are suggested to buy motion trackers proven to be very immersion breaking even in flatscreen games.
Its like if oculus tried to launch CV1 with kinect instead of developing touch.

To me its beyond comprehension why people wouldnt use the actual lighthouse solution, since as far as i know its possible (technically and legally).
Didn't read about that part too much so i might be wrong.
0 Kudos
Share
Reply

matskatsaba said:
...
To me its beyond comprehension why people wouldnt use the actual lighthouse solution, since as far as i know its possible (technically and legally).
Didn't read about that part too much so i might be wrong.

This would be what the previous co-founder of Oculus argued with the management team over - that they were wasting time on Constellation when they had been offered the chance to work with Lighthouse, as a certain exec fought for sitting only as "..room-scale was a dead-end")!

I think Sony JP management would never work with Valve/HTC so that option was never a possibility. To be frank Sony management are very close-minded, and denial is a main mantra of their way of business. You can see how they treated any of the London team that questioned the use of Move - even after the "sick-machine" debacle.

To finally have to secretly admit to Move's poor performance, and impact on projected sales will be an incredibly hard thing for them to admit too. And I am sure that the secret nature of this patent is to keep from the board the possibility of the mistake (and to save the blushes of certain key executives).

The ramifications that even the PS4Pro is not suitable as a VR vehicle would be as damming a blow, as the failure that SEGA saw with their own VR headset back in 1996 (history repeating itself?)

This is actually good news imo, better they admit to it now and improve it. For their gen 2/PSVR2/PS5 rather than hold all of VR back to the lowest common denominator like Oculus Facebook for 'other reasons' not connected to VR.

I mean, rift's own issues aside, think about this, the #1 selling VR system in the world now is GearVR, can you imagine the Palmer Luckey of yesteryear being happy about that? That the main idea of VR millions are getting is one WITHOUT any positional tracking (let alone janky pos tracking like PSVR), and one without any form of meaningful VR input/control. That sure sounds like well poisoning to me, but hey it brings in the money and the users (Facebook Data!)

Had PSVR (sold it as I only bought it to try it for a few weeks as I like to try ALL the 'big' VR stuff out when it arrives - CV1, Vive, PSVR... owned the latter two both sold now) and yeah the tracking was pretty bad at times, the HMD for what it was was really good though, best comfort, no god rays, a joy to put on yer head (almost). So they did PLENTY right that will influence future VR for the better. In fact all companies have (inc facebook) it's just that facebook seems to be the only one still actively hurting VR with some curious choices and practices than run from the technical to the philosophical.

Kevin, I wish you'd spill the beans on WHICH former founder (though there's only 3?? to choose from?) was of the same mind as any sane VR fan, my money is on Palmer, as his mouth running away with him was often the cause of disappointment with hindsight but he did always strike me as the more idealistic or VR evangelical of the core team (Possibly along with Abrash but he's all theory these days and no action).

So unless you say otherwise I'll pretend Palmer knew constellation and gamepads were crap (well we have him on video saying so about the latter) and that the "money men" didn't share his ideals, so we ended up with a worse VR product (and certainly at no cost saving to the public for it!)

In fairness i think hybrid tracking would be far better.
Lighthouses for scalable roomscale and constellation for portable lan party action.
This is my forum signature.
There are many others like it, but this is mine.
0 Kudos
Share
Reply 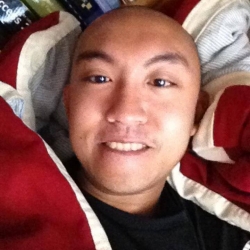 If only there were a combination of all tracking elements: IR, Vive room scale, Xbox 360 kinect, Sony move, Oculus camera, etc. to work in harmony then probably it would be like switching antennas using diversity that the one with the best signal it gets switched to seamlessly.  Instead of having just one system, have redundancy of many systems depending on how much tracking reliability matters to the consumer.  There's enough multi-cores to process all the components w/o much of a performance hit?
facebook.com/AntDX316
0 Kudos
Share
Reply

This is a solved problem. Within the limits of current VR technology the Lighthouse system just works, and is A LOT easier to setup then running USB extension cables and battling driver and USB compatibility issues.
Not to mention it is available to be used by anyone not limited by some in house commercial agenda.

I think there is a confusion regarding the two camps - on one side those that actually wanted to have an open VR community and those that sold VR to their bosses as a means to create a commercial empire to control built on the original promises of openness.

It has been hard on some executives to see the companies they started turn from a VR community with open forums and meetups, and turn into secretive and manipulative operations that would work against open relations.

The tracking issue is a case in point - everyone who had the chance to test/loan the VR Room saw a great opportunity for shared development - but in selling the company as a means to creating a corporate empire, that seemed to end the opportunity for cooperation. A good example of the collapse of the openness was how many DK1 designs were made available under the promise after acquisition.

Likewise, Valve has made the Lighthouse designs available, and two new mirror-box designs will be resulting from this accord in the next few months. Hopefully, the folly of Constellation can be superseded by a new Lighthouse available to those willing to work on community VR rather than controlled VR!

elboffor said:
In fairness i think hybrid tracking would be far better.
Lighthouses for scalable roomscale and constellation for portable lan party action.

Yes!^^
I've wondered why can't we have forward facing Constellation cameras, and perhaps a wireless "Lighthouse" type sensor in the rear.  Would make the whole setup much easier.

Vive has no problem copying the Rift and learning from their mistakes (new headset strap, Valve Knuckles controllers, headphones, etc..); can Rift come up w/ such a tracking system that implements the benefits of both?