Comic books that need to be consigned to the nearest landfill have to be the godawful The Children Of The Atom and even worse the New Warriors.

Children Of The Atom trailer.

I'm still not sure if that New Warriors is a real thing or an early April Fool's joke lmfao 😄 The characters are fucking TERRIBLE, their 'powers' are even WORSE.

And all of this is happening at a time when comic book shops are going out of business. I just can't see the sense in releasing a bunch of politically correct VERY poorly devised characters at a time when the industry is about to collapse. Stan Lee will be spinning in his grave these last few weeks. It's pure insanity.

Thankfully we're still getting some decent stuff crowdfunded so all is not completely lost.
"This you have to understand. There's only one way to hurt a man who's lost everything. Give him back something broken."

As a kid I was an Iron Man fan back when he was an alcoholic.
Spidermans a close second.
Watchmen of course was amazing and The Comedian is awesome even with his serious flaws.
Grew out of XMen quickly. Wolvie is over rated.
Supermans to much of a boyscout and batmans a moody dick.

I enjoyed Spawn and Savage Dragon from image when I was in high school.
I have t bought any comics that were not adigital bundle since then.

oh and Snow there is a rumer that DC is looking to close its doors and sell digital copies of thier library and focus on the movies which make more money.
If they can get their heads out of their arses and look at what works like Aquaman, Shazaam, Wonder Women and stop producing utter shit that was suicide squad and the haley quinn birds of prey shitfest.

Just watched the trailer that comics going to be a socail justice warriors wet dream aka a horrible dumpster fire.
INTERNET GAS!!??!! SAFE SPACE!!!!
I can see their new Villians now, The Bullier, The Homophobe, The NRA man, The NienWoke, MAGAMAN!!!!!!
Uh.... I would rather read Captain Planet at least protecting the planet makes sense.
Id throw that damn heart ring back at Gia though. Seriously that dudes throwing FIRE!!!! Heart my ass.
WAAAGH!
0 Kudos
Share
Reply

I think that Children Of The Atom isn't TOO bad, they've basically just switched genders and race around and kept junior versions of the X-Men. It's just lazy and poor character development.

But who on earth gave the New Warriors the green light? Who thought that ANY of these characters were a good idea (apart from the idiots that created them of course)?

I still think it's been announced as an early April Fools joke, am going to have to see if I can find it to download it and read it to see just how bad it is. And no, I'm NOT going to buy it lol 😄
"This you have to understand. There's only one way to hurt a man who's lost everything. Give him back something broken."

Did read a lot of Hulk, Spidey and X-Men too as a child/teenager. I especially liked the Romita Sr. run, never really liked Ditko, but as an adult I've learnt to appreciate Ditko's art more.

Miller's 4 Dark Knight Returns books from 1986 still are among my favorites too.

Besides Barry Smith, I really loved the Conan stories beginning in Conan the Barbarian #101 (John Buscema and Ernie Chan) - especially this story from my childhood (read it when I was 9 or 10 years old) - it's very hard to find the original art, but so far I've got one page - it's hidden below 😉 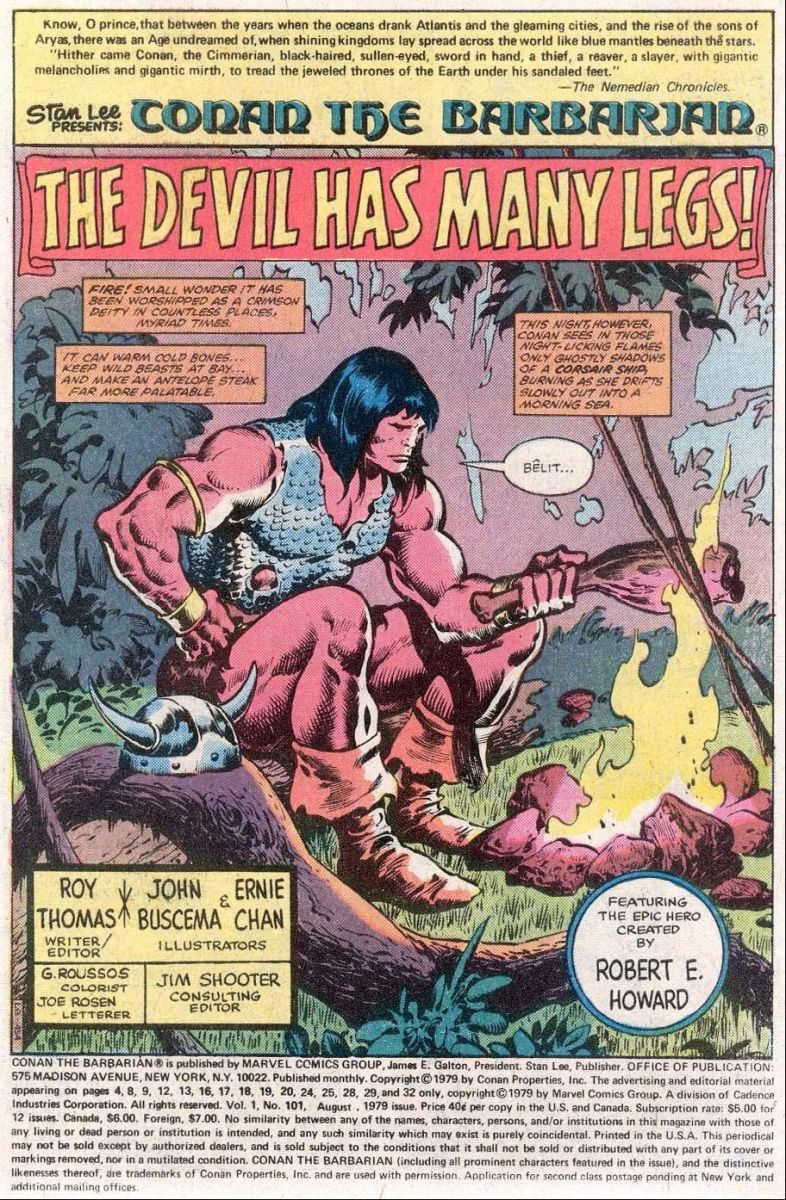 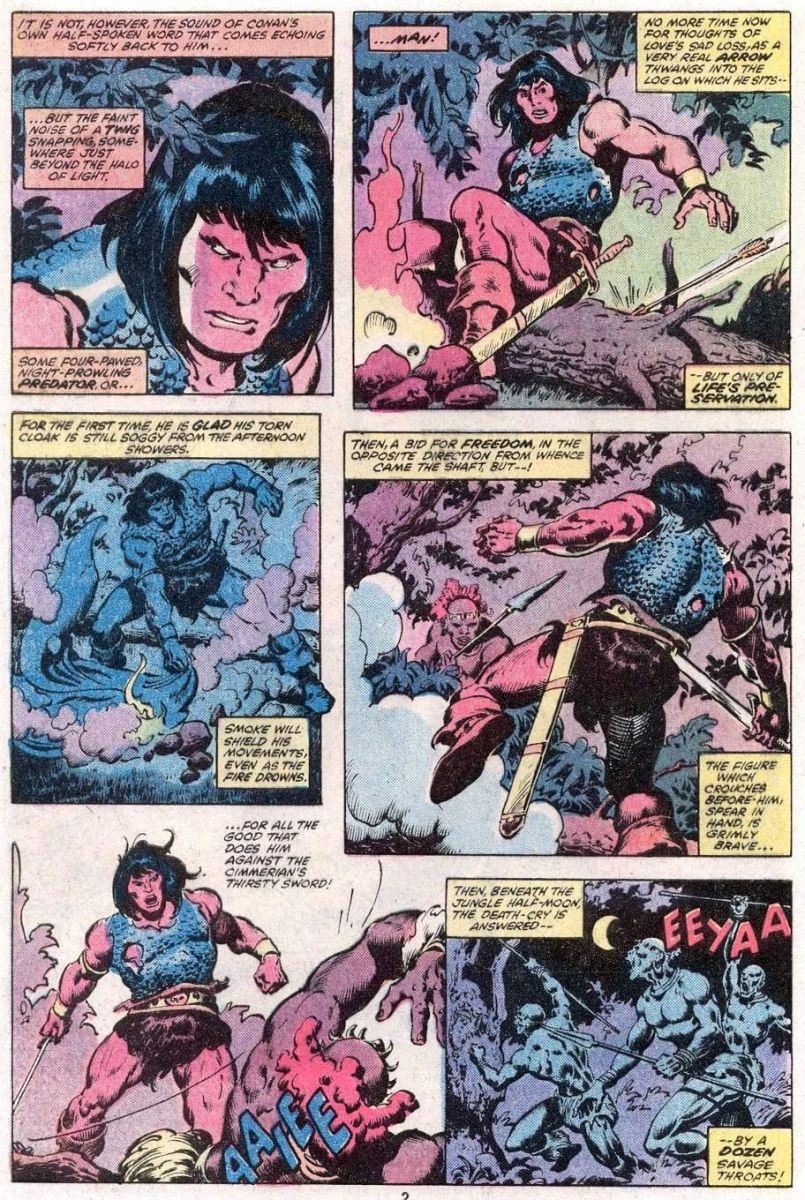 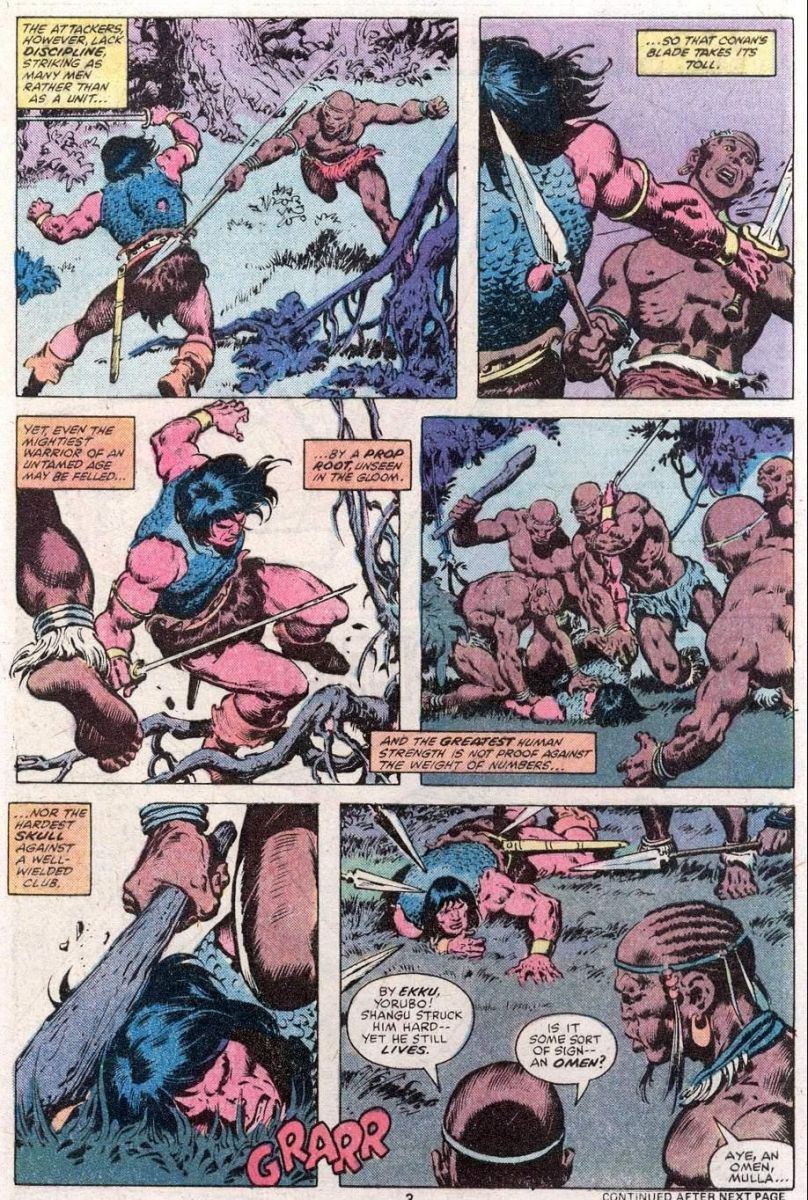 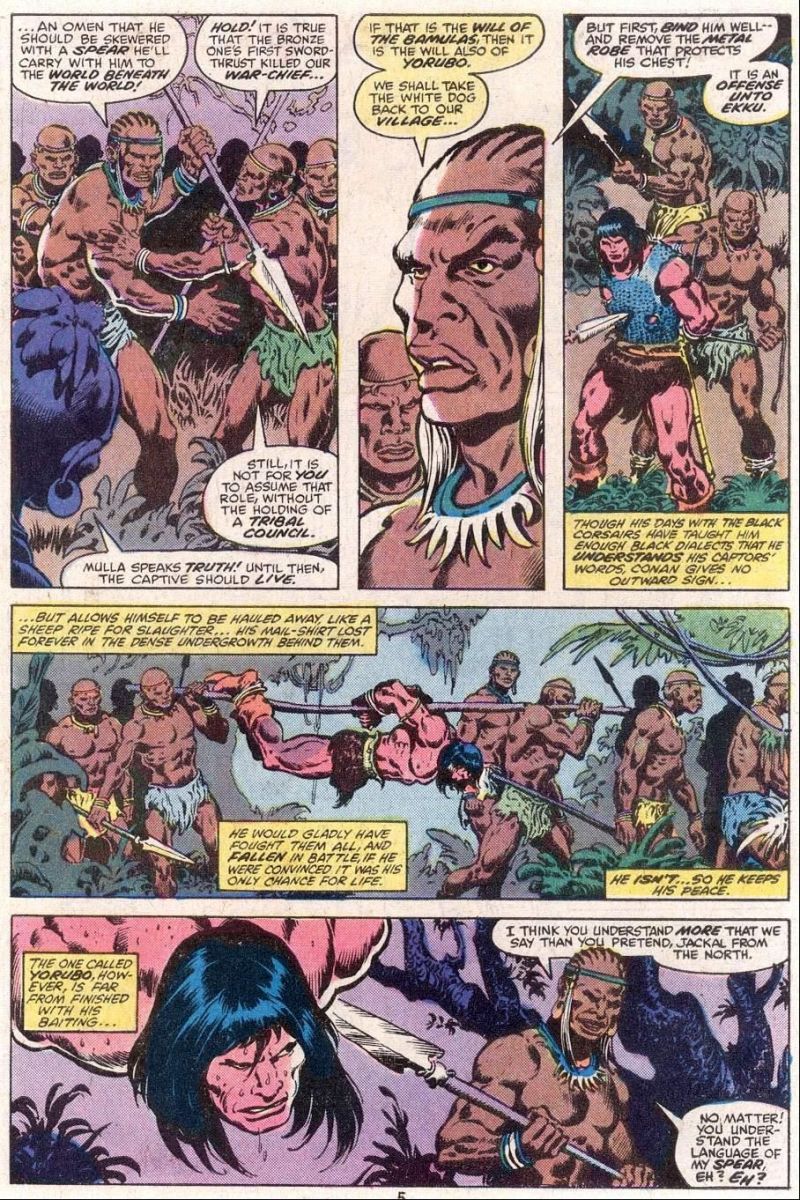 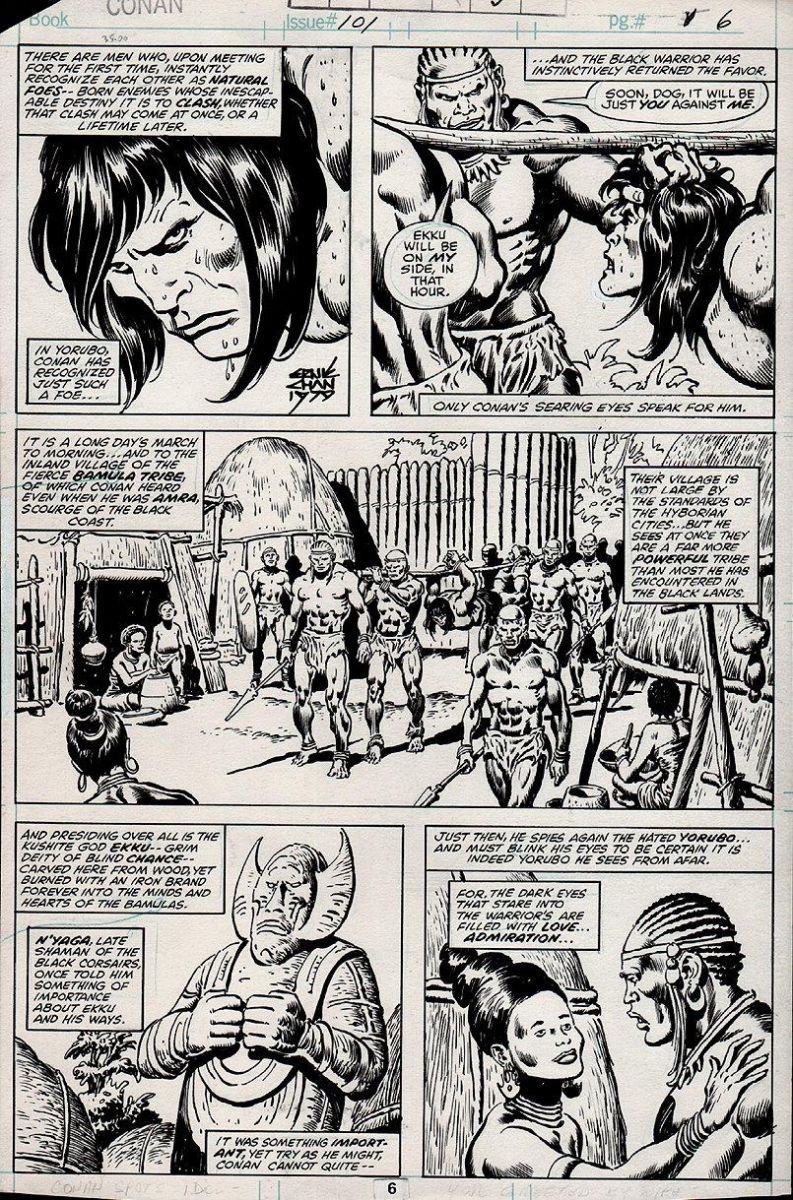 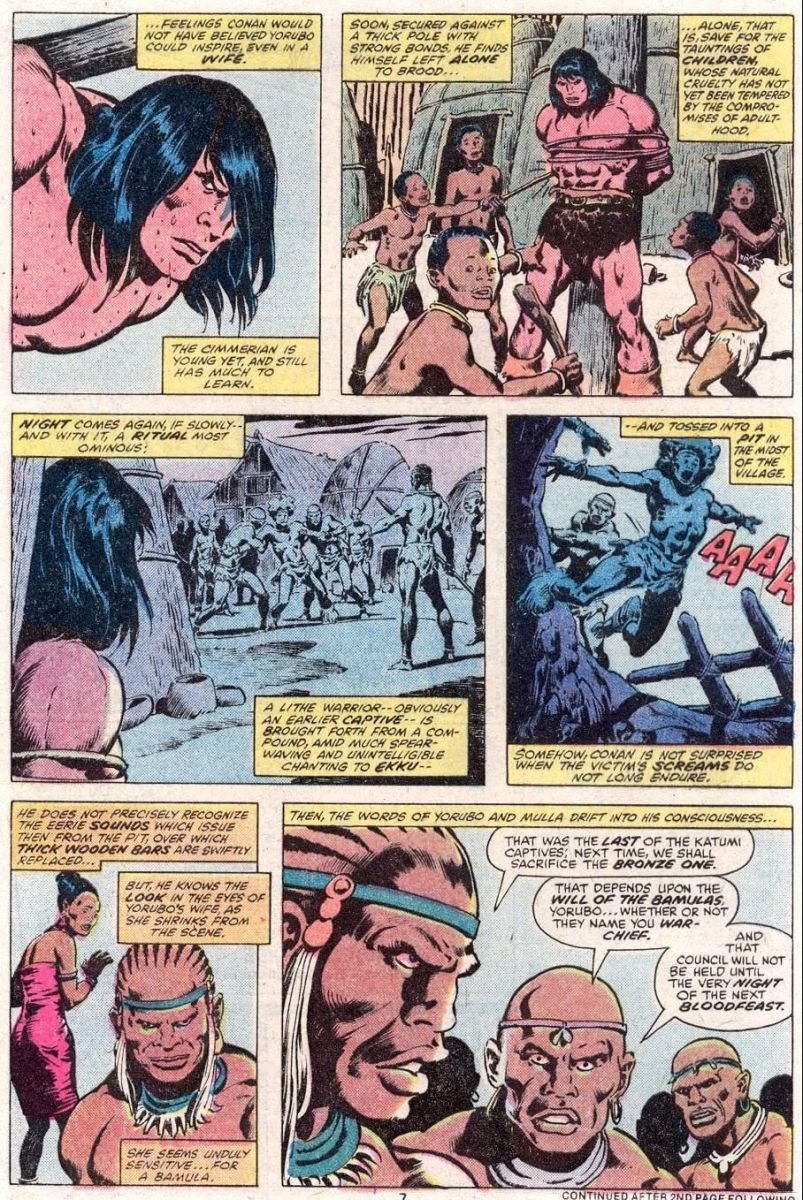 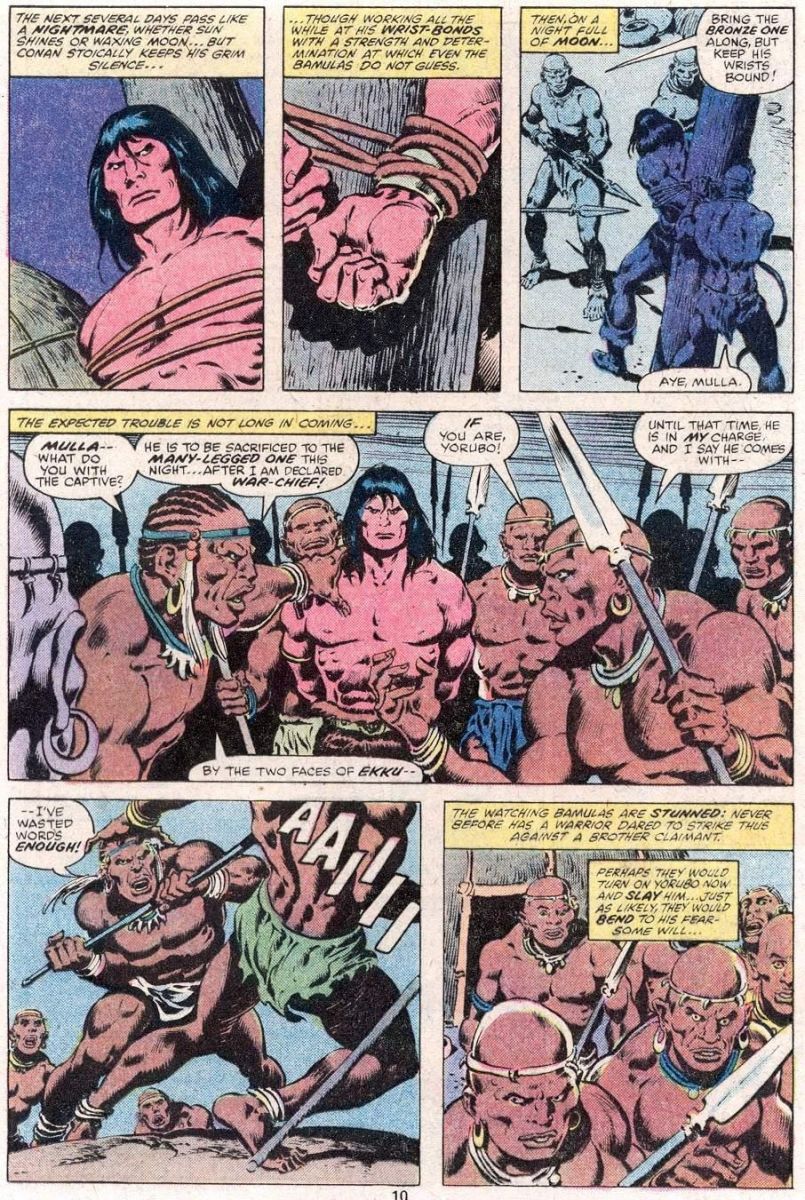 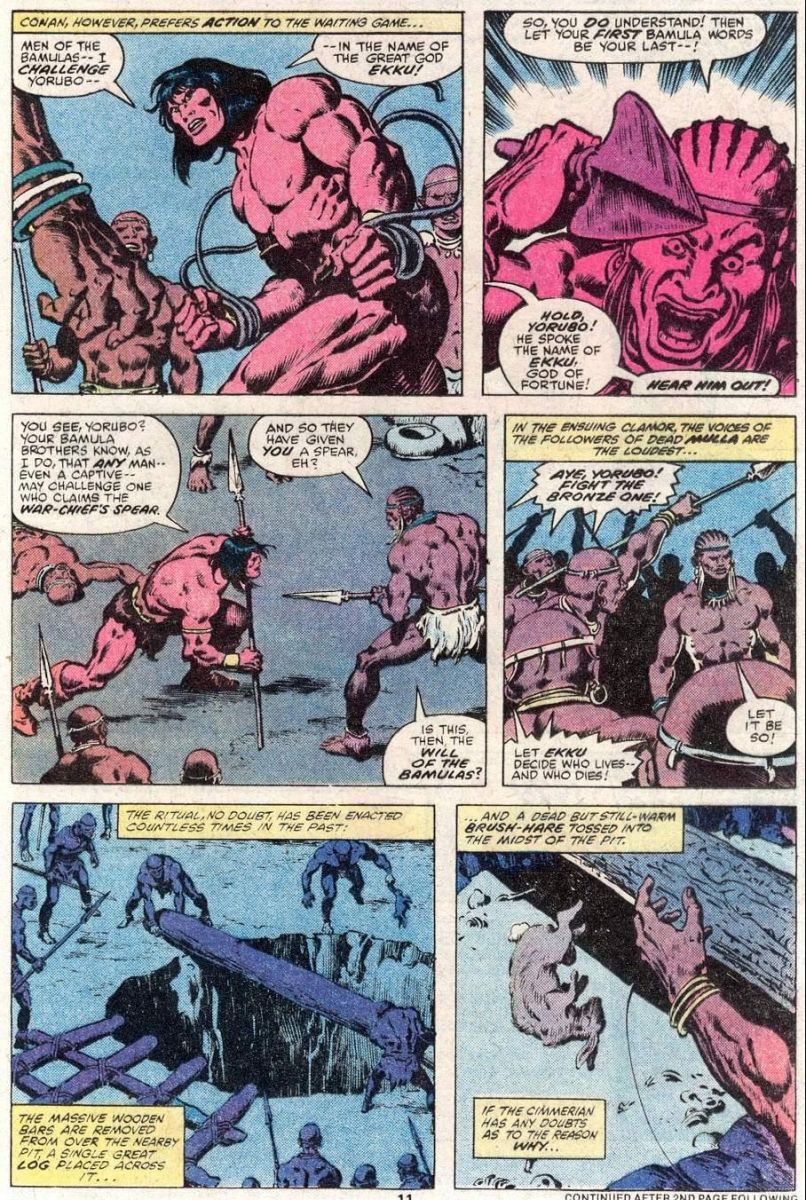 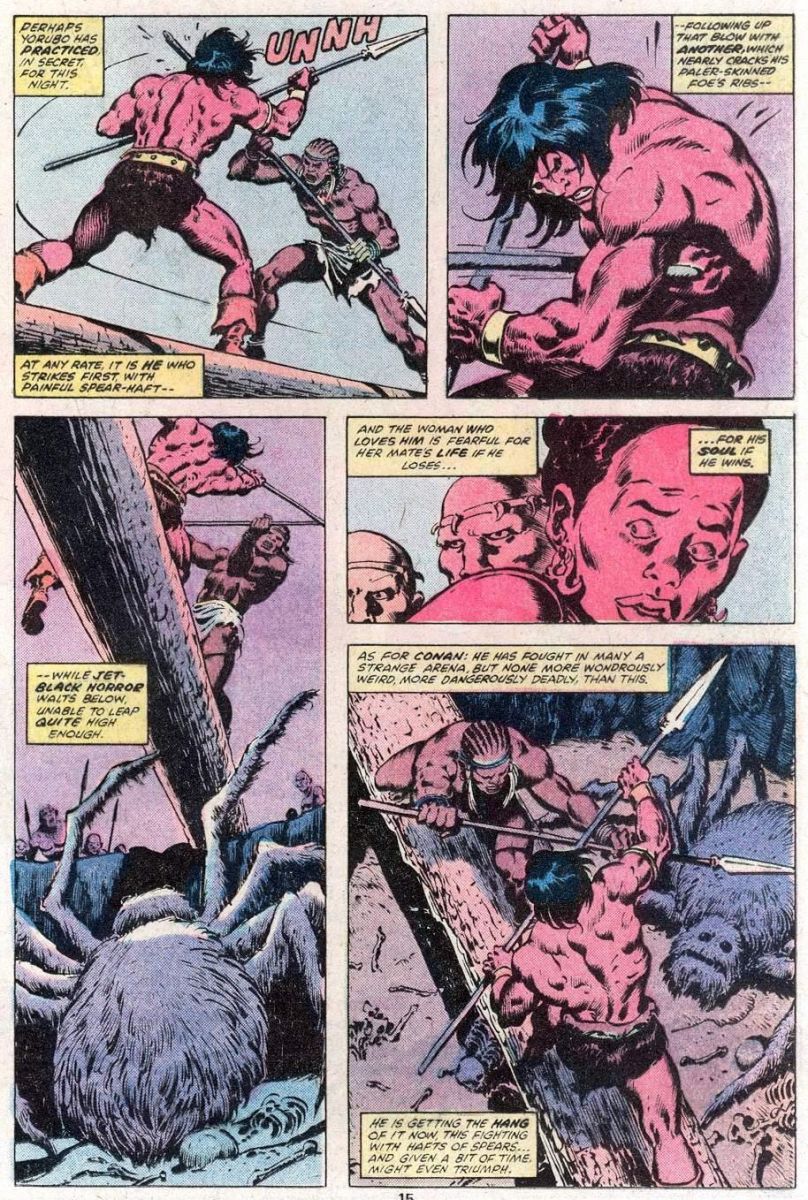 Yup, you'll need the book to read the ending 😉

I've just had a look to see if anyone has pirated the New Warriors that was released a couple of days ago (because there's NO WAY I'm going to pay for it!) and there's no sign of it so far.

You know things are REALLY bad when not even pirates go anywhere near something ???

I still can't get over the Internet Gas and the Magic Backpack lmfao ?

Dear Marvel, I can do MUCH better writing than that and create MUCH better superheroes. How about The Snowdog and Vannagirl and their arch enemy Zenbane?

There might be some copyright issues with Rush and Mattel but I can't see it being too much of a problem, we can always change a few details here and there to avoid lawsuits ???
"This you have to understand. There's only one way to hurt a man who's lost everything. Give him back something broken."

Still haven't read Batman The Court of Owls - bought the giant Absolute Edition some time ago - but for now Alyx wins my time, sigh.

Also haven't read my Swamp Thing Omnibus - but it's 928 pages  :# Better play some Alyx instead  o:) That's my problem these days - having the choice between reading books or to use VR, VR nearly always wins... Maybe I should sit down and start reading soon - I still consider the best comic books way beyond the best superhero movies. And not even a 4K movie has the res of a printed comic book, lol.

Apparently the New Warriors comic has been delayed for a week. ??
"This you have to understand. There's only one way to hurt a man who's lost everything. Give him back something broken."

Friday evening is bad, all the kids watching YouTube and my Oculus download taking forever to complete - and can't use Index, because Knuckles jam my 2.4 Ghz wifi signal  :# And the download pauses if I start any Oculus app or game.
What to do? I got back to reading these  o:)

Personally I'm not that fond of Corto, the stories do not captivate me a lot, but it helps enjoyed with a glass of cognac 😉

There's a spoiler below for those that don't fancy watching the video. Seems that both Marvel and DC are going full SJW lol

Comic book is called Gotham High. So apparently Bruce Wayne went to High School and wasn't home tutored or went to a boarding school like most rich kids. Bruce Wayne NOT going to High School explains how he has never had any FRIENDS ffs.

And it gets worse. Bruce Wayne isn't white, he's Chinese American.  His Dad is white American and his Mum is Chinese...and of course she is the reason why the Wayne family is rich. Can't have a white male being successful these days after all, can we?

And it gets EVEN WORSE THAN THAT. Alfred is a blood relative, his Uncle Alfred. And he's as gay as LZ.

And of course Selena Kyle, Catwoman for those that don't know, is also in High School and not living on the streets. And Bruce Wayne and Jack Napier (the Joker) are involved in competing for Selena's affections.