i have designed a way to code both evil and good; [ratio, division, modulus].

that's the math, but how it works is needed;

black and black is black is one

white and white is white is one

black is one, white is one

sin is sin, good is good.

if the enemy is corrupt = bad, and knows both themselves and their enemy, then they know 100 percent = 1 = good.

then the enemy recedes from 100 percent knowledge, to escape being good, and knows bad = evil = 50 percent of good,

- know themselves 100 percent but not their enemy,

- or know their enemy 100 percent but not themselves,

- or know both themselves and their enemy 50 percent or some percent less than 50 for either good or evil.

in this way what is intended 100 percent is receded from, and this is probably why people become gay, receding from 100 percent male and female to sex then recede from sex, to end up with the opposite sex.

the problem lies in not having the chemicals to want to know 100 percent and be man and wife in the light and good, baby = good from man and wife.

one way to visualize this previous post is there is good, and that is for example leg room beneath a desk.

the evil is there is only room for the legs at an angle, the good is to take the board like a 2x4 wood, and put it at the far two legs of the desk to sit on top of while the back legs near you on the chair do not have a board which tilts the desk. this fixes the evil by letting the humans legs move freely upright while the person is seated at the desk.

starting with the good there is evil, the legs are cramped in the desk while sitting at the desk. to use the tool logic of reaching from good to evil back to good, you use the 2x4 wood to tilt the desk.

the analogy example is the same as the male and female using the tool to go from good to evil back to good and having this 2x4 wood represent their physical sex that makes evil good again. this props up the desk and is what gives their gender identity. its why sex for lgbtq moves to the opposite sex, because sex belongs to the male and female which gives rise to a newborn human which is good. the desk needing the 2x4 is what allows their to be sex. so with the need for the removal of the board you go into the lgbtq, which being chemical in nature means the chemicals that create this board are not in place for the lgbtq.

this is why male and female being good go into sex which belongs to bad which goes back into good to create the newborn. like waste # 2, you eat which is good, you #2 which is not good for food but is natural, then you remove the waste using a tool tissue paper which is like the 2x4 wood, which makes the bad good again. bad is necessary for good. but the tool is necessary to undo bad.

idk how this can be made mathematically but in code it goes like this;

using this logic of

you have the tool be available. not always you need a tool you have it ready.

going from good, to evil, you have the desk example i gave where;

- the desk is first too short to stretch the persons legs beneath the desk. then to fix this you prop up the desk with a board on two of the desks legs.

- then there is the good of the board removed to be evil, the male or female lose their gender identity and make the baby, the two, man and woman, are one.

- then from evil you have your tool which brings you back to good. then the sex over there is the male and female again.

so if you have a fight analogy, this desk is the opponent, you have them in the good to start with, your have to start at evil and go to good, giving them the edge of the tool to use against you.

then in the pattern you go to the good step they go to the evil step, now you have the tool to use against them.

this is a description of how there is both the man and woman working together, when there is the use of the tool.

first there is the logic of calculus, which is how to catch flying balls; https://youtu.be/-J1qryj6kdg

now an analogy. there is a way to compete for person 1, they do a task and then person 2 does the same task but not the same routine, doing the same task with many steps in person 1 routine left out.

to fix this you have the  task share the same routine. its why a task is understandable using drawing something like an orange. person 1 says i will draw a orange, then person 2 does too then they compare their picture of an orange and its round and orange.

then i go through the different aspects of the orange, its tilted, its upside down, its skin, its sections, its juice, its tree, its orchard, etc. then i say that is the orange.

then i say i will eat the orange then that removes many steps in the total description of the orange. this is the same principle of calculus grabbing mid air flying baseballs.

this way the tool is the semi set inside the semi set, which becomes inverted. the result is the orange is understood even if its at a tilt or upright. its probably why there is a left and right brain difference. this adds in a tilt from left to right which then fits into my first post logic of the tilting head.

now i will change the topic and focus on field of view and then how that relates to vr.

the fov described so far is for one person not a group.

the group fov vs the individual fov:

the group bolts away from the predator which has the solitary 60 fov.

prey has the larger fov than the hunter.

the group fov keeps stacking more members of the group behind the hunter till the rear of the group touches the ring perimeter, then the angle formed can't go back any more in the circle, it can only go forward into the spot the predator uses. then the group has to be reduced by the predator logically.

therefore vr which keeps increasing the fov and fps games like call of duty warzone that have a large 120 fov might in fact be creating a mental health problem.

so much twitching that when seen in 60 fov looks wrong to the prey. 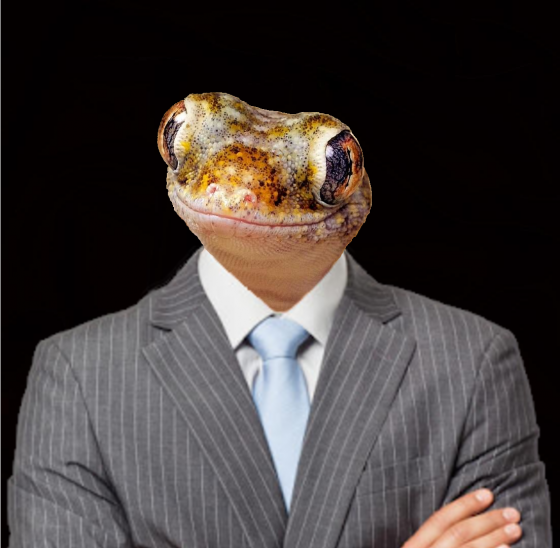 Sorry to squamp your interesting ideas/theories, but
This sadly is controversial and a little out-there,ex; the main reason I tilt my head in VR is because I'm tired or feeling uncomfortable from the headset.
1 Kudo
Share
Reply

i try not to tilt my head when i use the rift to watch videos, tilt up or down i mean.

its fun to tilt my head left or right though.

no, I'm saying that nothing solid can be learned from head tilting.
1 Kudo
Share
Reply

nighhman said:
no, I'm saying that nothing solid can be learned from head tilting.

https://youtu.be/1TerTgDEgUE
"
science delusion is the belief that science already understands the nature of reality in principle leaving any of the details to be filled in this is a very widespread belief in our society it's the kind of belief system of people who say I don't believe in God I believe in science it's a belief system which has now been spread to the entire world but there's a conflict in the heart of science between science as a method of inquiry based on reason evidence hypothesis and collective investigation and science as a belief system or a worldview"

i dared to guess then work it through. if im wrong then there's nothing lost. im hoping someone with the experience to algebraically formulate math with diagrams can fill in the rest by piecing together what i wrote here, im not capable of that it wasnt taught to me for whatever reason. but to some select favored people it was taught to, just like in the past some people could read and some could not but not everybody who couldn't read was stupid and or ignorant too.

also im not arguing your wrong, or right. just like theres 999 sexes then theres nobody right. everything is just out there.
0 Kudos
Share
Reply

Pretty sure baring rare mutations there are just two sexes.
Sexual preferences and what sex folks feel they should be is different.

Dont think a head tilt would do anything for VR though.
Some body language is instinctive encoded from thousands of years of evolution.
But most body language changes from region to region since much of it is cultural.
Such as Italians talking with their hands ( guilty I have italian grandparents and got that from them ).
WAAAGH!
1 Kudo
Share
Reply