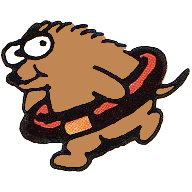 I've got an Oculus Go app developed in Unity 2018, which we've been testing by side-loading the apps (either by building directly from Unity, or by using adb install).  So far so good.
But now I want to get the Oculus user name and add VoIP, so I'm delving into the Platform SDK.  I read through the docs but it's hard to sort out which bits apply in my situation.  I created an app in the developer dashboard, and filled that in on the scriptable object accessed via Oculus Platform > Edit Settings.  Then my code is calling Core.AsyncInitialize() and Entitlements.IsUserEntitledToApplication().OnComplete(EntitlementCallback).
But watching the logs, I'm getting a number of errors, the most serious of which appears to be these:

So let's take the first: AppID found in Library does NOT match the appID in the bundle. What does this mean? Is it referring to the numeric app ID that I filled in via Edit Settings, or the application bundle ID? Is there someplace else I am supposed to fill that in?

As for the second, is this referring to the side-loaded (built directly from Unity in this case) state of the app? I saw the section "Configuring your app for local development," but I thought that meant running within the editor (which is probably something you can do on Windows/Rift, but doesn't apply to my Mac/Go situation). Certainly that bit about adding something to the "registry" sounds like a Windows thing.

Can anyone explain what I need to do to get rid of these errors?
0 Kudos
Share
Reply
1 REPLY 1

Incidentally, I wrote all this up in a blog post here.  Perhaps it will be useful to someone else.
0 Kudos
Share
Reply