However when I try it on the Oculus Rift, it has a very choppy playback and struggles to play anything for more than a few frames at a time.

When I put in the Go to play it, is simply shows a green screen and plays the music, still very choppy.  I have tried Oculus video, Skybox Player, Oculus Spaces and Samsung VR Player, none work.

My only thoughts are : 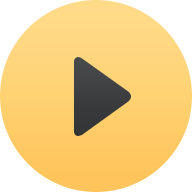 Hello, this resolution and FPS are too high for mobile processer.
You can try using H.264, 3980 x 3980 30FPS.
For RIFT, this is also a tough test. SKYBOX will update a version in recent months to improve the video playback performance of OCULUS RIFT.
1 Kudo
Share
Reply