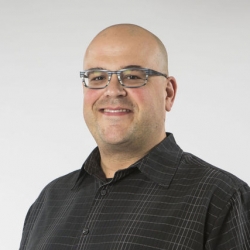 Immerse Beta 5 makes Unity VR development a whole lot faster and smarter.  Immerse subscribers are saving thousands of dollars and countless hours building VR applications, staying focused on building their big ideas instead of getting bogged down with common technical challenges.  See what some of them have to say about Immerse at the bottom of this post.

Compatibility Galore
Immerse is now compatible with HTC Vive, Oculus Rift CV1, GearVR, and Google Cardboard. This is in addition to being fully compatible and equally powerful for developing non-VR projects as well. 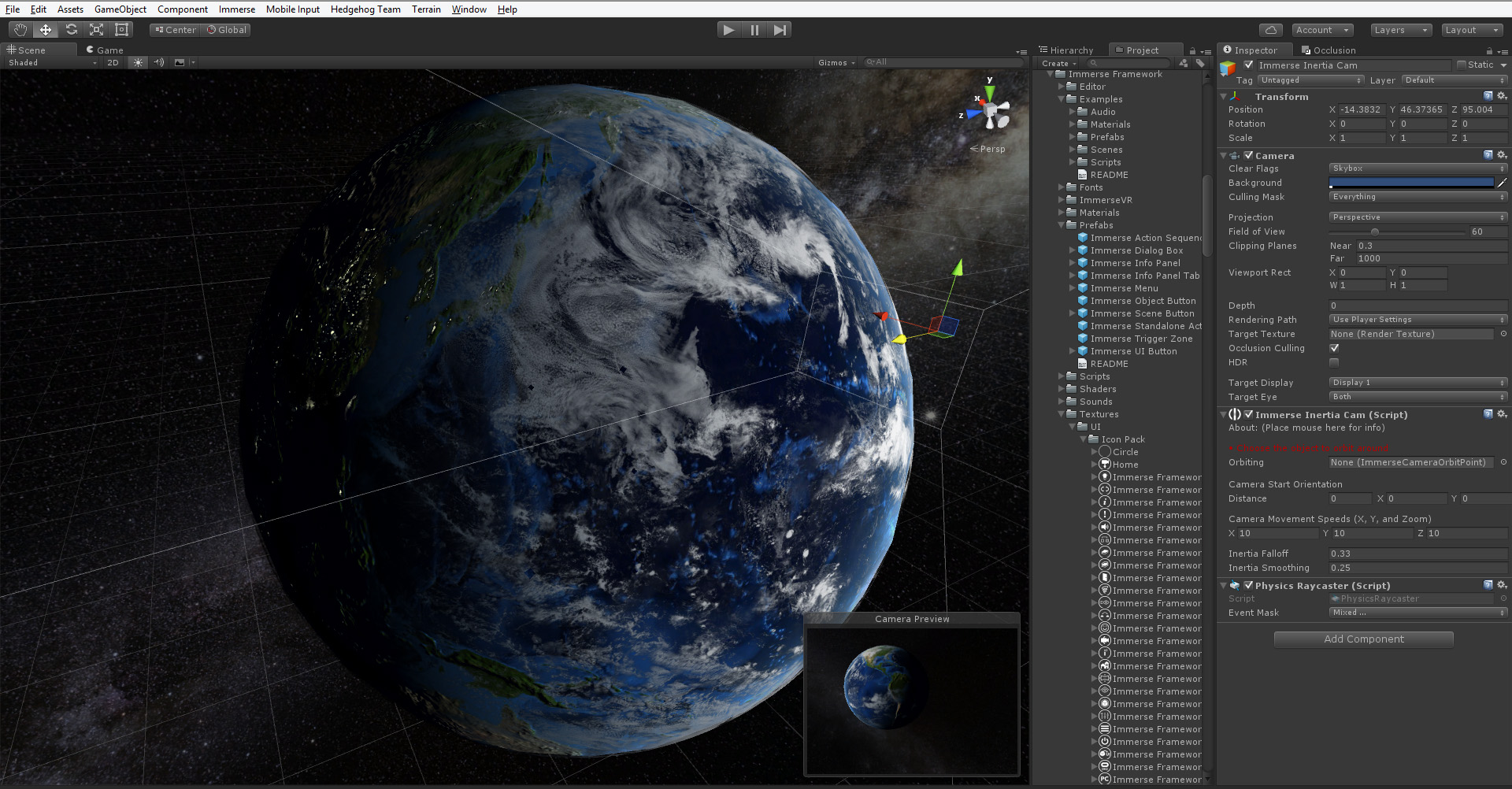 Major Configurator Update
We took the Immerse Configurator to a whole new level, adding the ability to Save and Load selections you’ve made throughout the project. This feature is particularly potent for architectural applications, where users can now go through and configure every square inch of a scene - choosing paint colors, fixtures, finishes, furnishings, materials and more, then hit the ‘Save’ button so those selections can be Loaded again later. 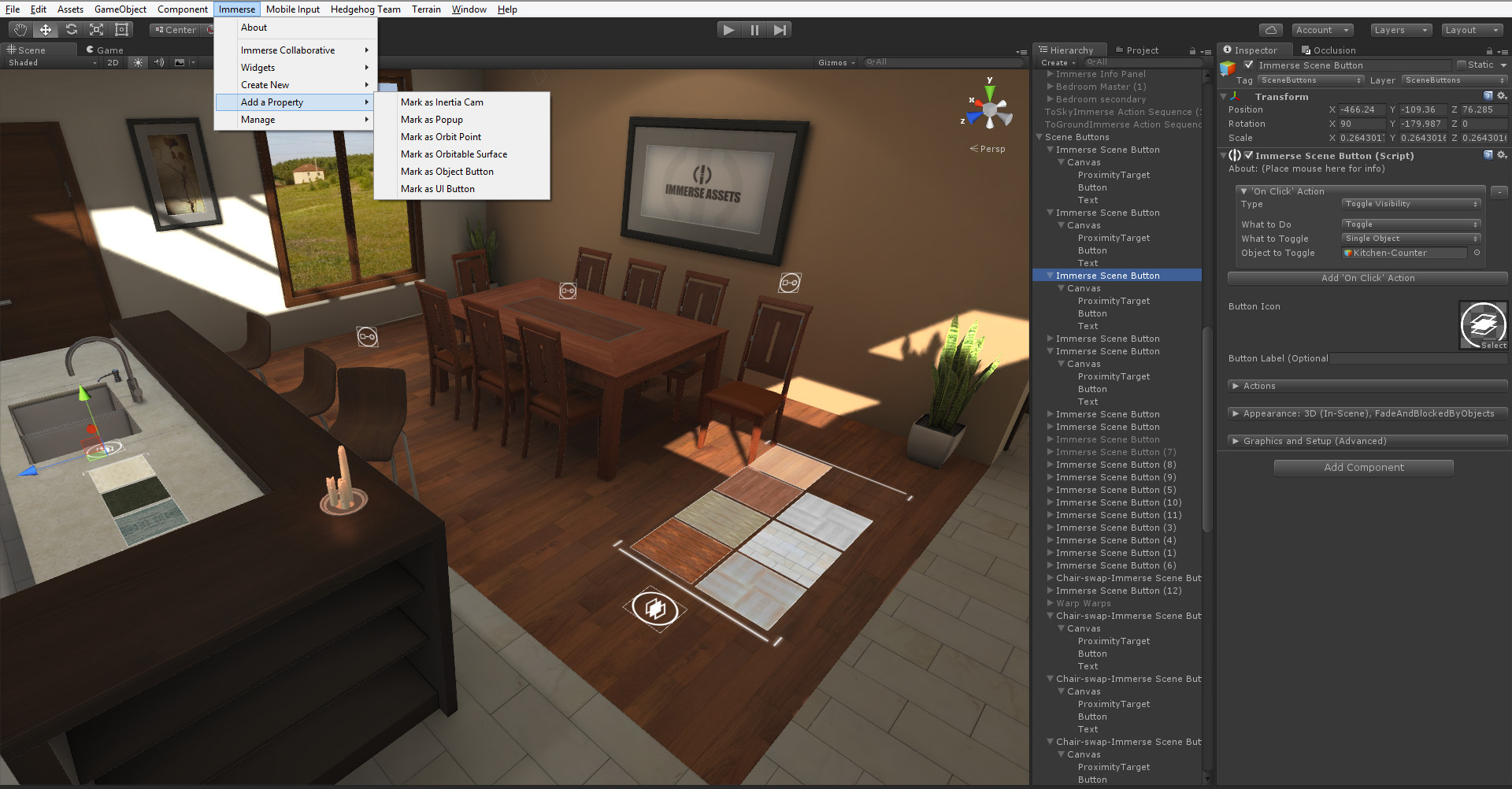 Tons of New Immerse Collaborative Multi-Player Features
Add multi-player setup, voice communication, and laser pointers to your project in 5 minutes. There are too many new features to list in this update, including the ability to sync Immerse Actions across the network. This means if one player changes something in the scene, all of the other players in the scene see that change. There’s also a new Immerse Tour feature for bringing groups of players on a guided tour through your project, and a ton of other improvements and features.

New Action Types
We now have a ‘Play Video’ action, which allows you to control MovieTexture playback, along with a new ‘Move Rotate and Scale’ Action that allows for a gameobject to be directly moved, rotated or scaled; to match a target; or to an offset. 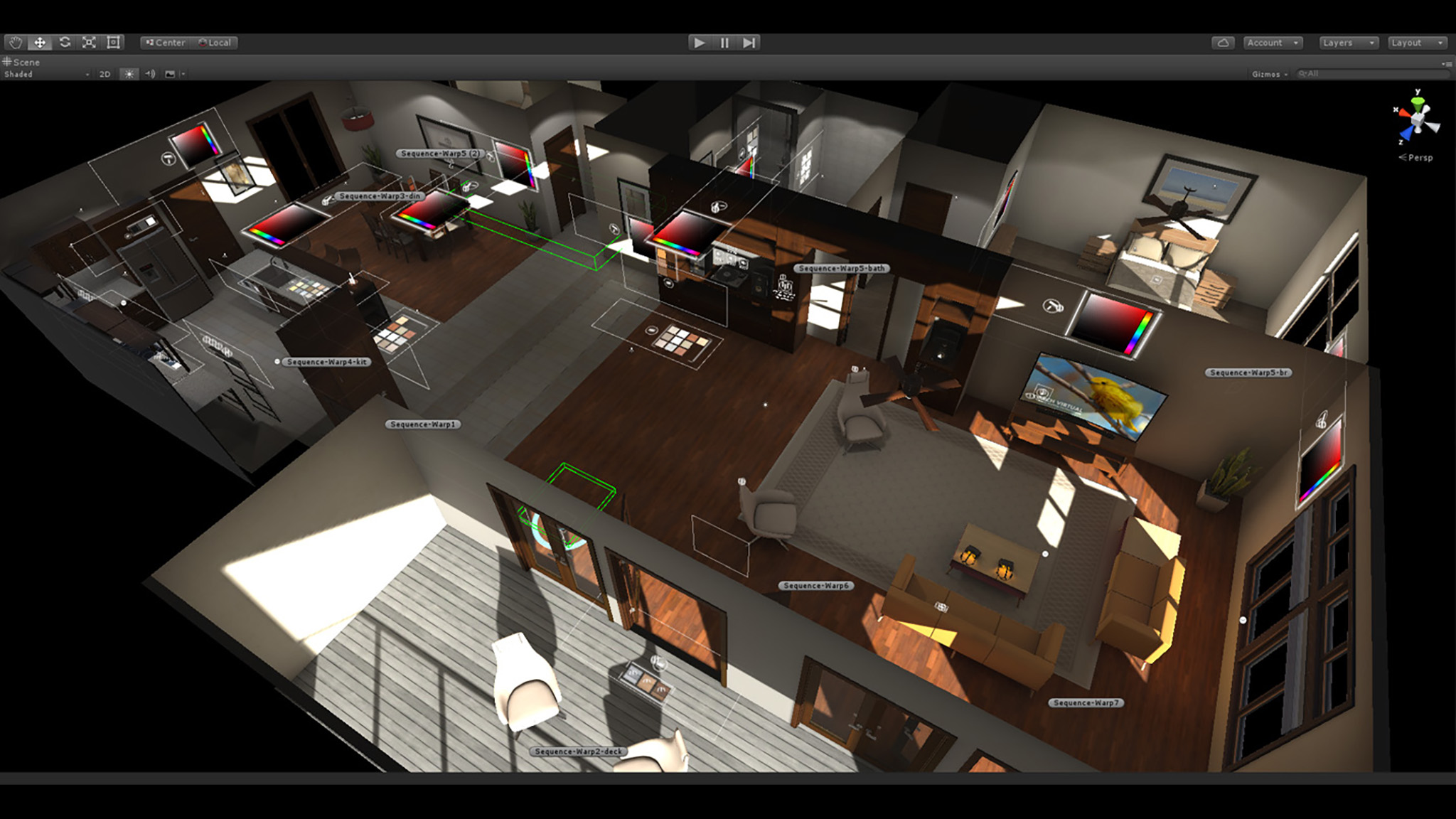 You Decide What Comes Next
As an Immerse subscriber, your voice becomes an essential part of shaping it’s future. In fact, almost all of the features you’ll find in this release came from Immerse subscriber feature requests. We take your input very seriously, and work hard to remain in lock-step with the features and tools VR developers need to make amazing applications. You'll also enjoy access to premium support, the full Immerse Widgets package and all past and future Immerse updates.

A Whole Lot More
There really is so much more... Be sure to check out our release notes to see everything we’ve upgraded or added to Immerse. Jon Brouchoud and the Immerse Team

P.S. Here's what Immerse Subscribers are saying about it:

"Immerse was a critical asset I used to develop VR content in Oculus Rift CV1 and Google Cardboard for my graduate thesis project.  It was like having a developer build a bunch of ready-made assets and tools for me ahead of time.  I connected various Immerse features together, and development was done - letting me stay focused on the design and immersion aspect of the project.
I liked it so much, that I'm ordering another license for it at our office so I can do rapid prototyping for the VIVE and Oculus platforms without bogging down my (very) small developer team with menial tasks."
- Jamie Hurt
________________________________
"Immerse is a must-have toolset for building anything with Unity, making VR and AR development so much faster and more powerful.  We've used it to create GearVR, Google Cardboard, and Oculus Rift applications, and have even started using it with Vuforia and Google Tango to create augmented reality environments.  I would highly recommend Immerse to anyone who uses Unity."
-Neil Evans, Founder of e3di
________________________________
“Immerse offers a workflow to interactive VR that is game changer for developing any type of VR application with Unity.  We've been able to make use of it to create high end, immersive architecture and construction visualizations, where Immerse allows us to move extremely swiftly from our common software packages to VR while embedding interactivity that would not be possible without a deep knowledge of programming.”

“Immerse allows us to create compelling and interactive VR experiences that would otherwise be so time consuming to create that they would not be feasible.”

“Immerse is so exciting when looking at the future of visualization in the architectural, engineering and construction industry because it is a solution that is well suited to not only serve the current VR needs but is setup on the Unity Engine to allow us to move into the future with emerging visualization platforms.”

"Since I started using Immerse I have a very hard time seeing future projects without it. It is an extraordinary tool not only for quick prototyping, but also throughout the entire development process. We just finished a GearVR game which relies heavily on the Immerse Framework, and it has truly been invaluable, both in terms of time and money. I find myself being able to focus on the meaningful aspects of the project, rather than having to pull my hair out programming trivial functionality. In the unlikely event of requiring assistance, the support team was amazing, and each new feature release of Immerse introduced invaluable new features that enable us to keep up with the rapidly evolving state of VR development.

I truly recommend Immerse for anyone developing VR applications, it is a great tool making life a lot easier.

Keep an eye out for our app on the GearVR store if you want first hand experience of the capabilities of the Immerse Framework! "