I am in need of a few people that are interested in testing my alpha builds of my game on the rift or rift s, so you will need one of those headsets and access to the store. once your in the alpha you will see the game in your library. you will need to sign an NDA and I would like for you to also fill out a short questionnaire after each game session to give feedback and such. If your interested send me a private message on discord Fstudios#5273 .

What's the game about? 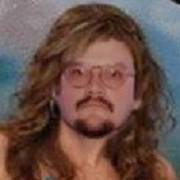 hesten.unam said:
What's the game about?

You will probably need to sign the NDA before he/she gives you any details.

(Edit for clarity)  Many devs and creators want to protect their intellectual property while it is still in development phase so when they go to the market place for assistance either for code or testing, they will often ask that people sign an NDA which is a "Non-Disclosure Agreement".

I have been part owner/investor of an international website since 2013.  I created the concept and when we interviewed developers and builders, we had them all sign NDA's to protect our interests. We did this because the idea was new then and we didn't want anyone stealing my idea.
0 Kudos
Share
Reply

I tried to message you over discord but am having some difficulty with it not sending, but would be interested in checking it out , alphas are always a blast to check out.