We have been working on our debut title Weeping Doll and we recently published on steam greenlight, please check it out http://steamcommunity.com/sharedfiles/filedetails/?id=741515419

We wanted to hear what you guys think about the concept, the art and our trailer. We plan on release on Oculus, Steam and PSVR.

Looks cool will it have Vive wand or Touch interactions with objects though, something which was absent from The Assembly and diminished the immersion.

Shadowmask72 said:
Looks cool will it have Vive wand or Touch interactions with objects though, something which was absent from The Assembly and diminished the immersion.

Hi, I'm producer of Weeping Doll. Motion control is definitely something that will enhance the immersive feeling of VR game. However, we found that to do motion control and gamepad control both right, it requires 2 sets of interaction design and implementation. Due to limited programmer resource, we decided to release the gamepad version first, which can be enjoyed by all Oculus owners, since gamepad is bundled with all Oculus Rift, Touch is optional.
To be assured, we designed the gamepad interaction to be comforted, none dizziness and none fatigue. After mastering it, I'm sure players can be immersed in our game for a long period of time.
0 Kudos
Share
Reply

Thanks for clarification. So if I understand correctly you will add motion controls at a later date. Cool.

I know I'll be slated for saying this but I'm going to anyway. I'm sure some people might believe Oculus have been  holding back VR game development in some ways with their reliance on the Xbox One controller being bundled with the Rift instead of Touch. It means games like this one which look like a natural fit for motion controls doesn't have them because of this decision.  Same goes for The Assembly and no doubt several other games.

The problem with Touch releasing in the coming months is it will cause a divide between an already niche market. Only the devs with the resources/manpower will want to develop for it due to the fact it's easier to go with the bundled Xbox One controls because this has the greatest reach/audience.

What I think is that I want this game now!  Please publish on the Oculus Store as soon as it's ready. Don't be afraid to publish in early access if you have a demo. 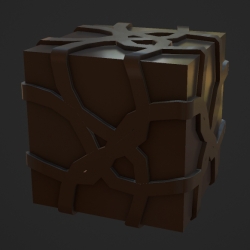 Thanks for the support, guys!

@cybereality, yes! we are doing the final tests, plan to submit to the release channel of Oculus by the end of next week.
3 Kudos
Share
Reply

Hi everyone! We got Greenlit on Friday, a big thank you to everyone that voted 🙂
3 Kudos
Share
Reply