please.. read this discussion about submission.....

We've been trying to release mintpot app for over 5 month in oculus store.

We've tried many times.. but it is not enough...

At first, we did not pass the technical test, but we solved it.

After that, oculus asked us to remove sexual contents. so, we removed them and got keys only.

unfortunately, It is not available to release our app in oculus as keys only.

so we've added a variety of effects and the videos with subtitle to improve the quality of mintpot app.

If you only tell us why the app is not available, we will meet the needs of oculus as much as possible.

Please let me know the reason.. we will never give up..!

I am looking forward to hearing from you.

Oculus should have a checklist of requirements the way that Sony, Nintendo and Microsoft do for their platforms imo. It would make submitting things MUCH easier.
1 Kudo
Share
Reply 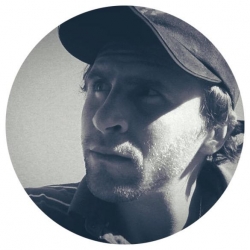 Applications approved for keys only will remain that way on the Oculus Store until such time a revised version of your application is uploaded that meets the quality and content guidelines to be considered for full store acceptance.

At this time we cannot comment on the benchmarks we use to gauge the content of your application beyond any commentary communicated to you via the submission process.

Despite the fact I know nothing about the app Minpot is trying to release I am huge on the simplyfying oculus submission agenda. Guy looks like he has gone through quite a bit despite the fact that there is no guarantee that Oculus market will not be busted like Blackberry World and taken over by someone else.

Let me give you insight to developers head when producing for Oculus?

These are pretty good reason why not to carry on in development for OCULUS! Yet it's in our DNA to overcome but not to forget. So I hope you guys figure out your issues and we get to be treated as we deserve!

One thing you could consider to help figure out what might still need to be improved is to ask other developers on these forums to review/test your app before submitting.

The other thing is that Oculus is expecting that your release be your best and final version (they talked about this at OC3 during one of the panels on the store). If you know that there are more things that you want to add or known bugs that need to be fixed, try to get as much of that done as possible before submitting.
0 Kudos
Share
Reply

delphinius81 said:
One thing you could consider to help figure out what might still need to be improved is to ask other developers on these forums to review/test your app before submitting.

The other thing is that Oculus is expecting that your release be your best and final version (they talked about this at OC3 during one of the panels on the store). If you know that there are more things that you want to add or known bugs that need to be fixed, try to get as much of that done as possible before submitting.

Dude you haven't submitted a game to Oculus yet, right?
0 Kudos
Share
Reply

I have and it was approved on both Rift and GearVR. That said, I totally understand being frustrated by the lack of constructive feedback, the unclear testing "results," and the "we are too busy to give you real answers" responses you get to the submissions email address. The curation process still needs a lot of improvement on Oculus' end.
1 Kudo
Share
Reply

MintPot, I feel your frustration.

I produce a massively multiplayer online  game Aces High. http://www.flyaceshigh.com ; Aces High is one of the oldest continually updated online games. It went beta in 1999. In fact I coined the term MMOG back at an E3 in 1995 with my product Confirmed Kill.

I have been trying since July. It only took about 2 weeks for integration into my engine, but my first 3 submission came back would not run. I had looked and looked but only after a month did I finally figure out how to test a beta in the store.

Next up came a new requirement of the entitlement check which was not listed previously. No problem I add that.

Now understand I already have a 100 or so users playing with Oculus and Vive simply not threw the store. Now it fails because of fps below 90 in hi density areas. Understand AH is a world is over 250 thousand square miles and supports up to a 1000 players in one arena with 20 mile visibility range. So maintaining 90 fps in every situation is not an easy task.

I post on this form if there was any way to wave the requirement or simply raise min specs, get no response.
Finally sent a private message , and received an email address to communicate with.

I get a response via email, yes it is fast enough, and have recently passed the tech review. Awaiting Publishing review.

In the time I have been waiting since passing tech review we have already published 2 revisions. (normally we release a patch on Tuesdays).

So I am simply keeping my fingers crossed and still have no idea if later updates need to pass any type of review.
I have no idea if I let the game update it's self via it's normal path if it will create any issues.

@hitech Once your app is approved for the store, you can make updates whenever you want without needing to submit for review again. The idea is that you are trusted not to do anything that would negatively effect the app/game from one patch to the next (though unexpected things happen, that's development).

we have stoped making anymore video games for oculus vr-gear as their demanding is to high..
We like to develop games.. not to change every aspect untill its is finally accepted.

we also got a key for our second game we released .. and just wont argue with them anymore. its a waste of our time.
We are now releasing video games for the great HTC Vive.

wish you all good luck!

I have been an Oculus die hard fan since the DK2... but...
Oculus store is simply ridiculous. As if the quality of their games is stellar. Its not.
Some apps really but really makes you think - HOW ON EARTH THIS PIECE OF GARBAGE HAS BEEN APPROVED!!! not polished, not even following VR best practices, many doesnt even work! (I tried most of the free experiences).
It really makes you think. Maybe it was the son of Palmer that made an app and got approved...
If the content of free and paid apps was AAA then I would understand that most apps get KEYS or even Rejected. I actually WISH that there was a logic approach to it.
My app passed all the tests, it has polished graphics, and it is a simple DEMO which we planned to update regularly, there should be a section for demos, I think it was called Gallery before - not sure. I got Keys Only, well that's too bad, cuz we wont develop for Oculus anymore when there is Steam and Vive.
0 Kudos
Share
Reply