Hi everyone! I've received my DK2 today and have been playing around in both the Oculus World Demo and the Demo Scene and I'm noticing a large amount of chromatic aberration towards the edges of the screen. I've been playing around with the settings (IPD, Eye relief, Eye Cups) and nothing seems to help with this issue. In fact I can't even see a noticeable change in the chromatic aberration correction when viewing it using the monitor for reference and picking what I think are extreme values. They all just seem to produce the same correction effect.

Should the IPD, Eye Relief and Cup type change the chromatic aberration correction effect? If so can someone tell me the extreme values that I can choose for a comparison as I'm wondering if this is just a bug and my settings are not being applied to the distortion correctly.

Does anyone else see this chromatic aberration?

I'm not using a laptop with a power saving graphics card and I have the issue. So it's unlikely to be because of that. Although I read there are some issues with that kind of setup in general.

Can you post a screenshot comparison between Direct and Extended mode? I'm not seeing any difference myself but it can be hard to tell.

Apologies in advance for post size. Photos available in album at http://imgur.com/a/GjGOl#0

Photos taken with phone camera, shrunk by 25% using MSPaint. Photos of Direct and Extended were taken from around the eye position of the right eye, using the Health&Safety announcement in the Oculus Config Util Demo Scene. The camera was not moved between the photos, although was held by hand so may have moved slightly. Photos were also taken of the right side, but with the lens removed. Interesting to note that these look very similar, but with the Red and Blue channels swapped... I also took a photo of the window that appears on the desktop showing a mirror of the DK2 view, in direct mode. Yes, this is the problem I am having aswell.


Would love to get this sorted!

Interesting Photo's kingtut. What's with the orange background on the Direct Mode Pictures. Is that just your camera getting the colours wrong or is that what you're seeing?

Could you take a print screen of each mode to compare? Might be useful to see a clean image of what it's rendering in each mode.

I can confirm that everything looks fine when it is in extended mode, apart from the annoying thing of trying to control my mouse when it is rotated 90 degrees.
0 Kudos
Share
Reply

"CountBorgula" wrote:
I can confirm that everything looks fine when it is in extended mode, apart from the annoying thing of trying to control my mouse when it is rotated 90 degrees.

Are you not rotating the orientation to landscape in the windows screen resolution settings?

It's better in extended but still present

The Orange is what I'm seeing - really strange. I wasn't sure if that was by design or not.

I can take printscreen of extended and the window mirroring direct, but any idea how I can get a printscreen from Direct-to-Rift?
0 Kudos
Share
Reply

Regards the mouse thing will try this. I can also confirm everything is totally fine on my main desktop machine, direct mode no problems and *WHOAH* is DK2 stunning! Specs: 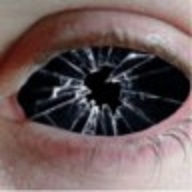 I have had no problems on my desktop computer, but on my laptop I'm getting the same red/orange background and everything is mostly wrongly-colored when I use direct mode. Extended mode is fine.