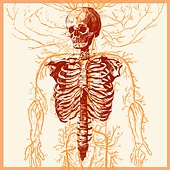 All great yesterday, but this morning I get a message on screen of my Oculus Rift saying: "Fatal error. Dash encountered a fatal error. Please reload Dash to continue. Press any button to reload Dash." Pressing buttons does nothing but restart the screen to show same message. As far as I know I've never used Dash. As I have Windows 7 64bit. How do I manually try to reload software or do you have any other suggestions. This is probably due to the last update.
0 Kudos
Share
Reply
8 REPLIES 8

Well after a chat with support it seems that the last update was THE one that made the rift totally Win 10 only. So no more Rift for me. Unfair as it was said to be fine with win7 ( and it was) when i bought it....until yesterday.
0 Kudos
Share
Reply

I am running windows 10 and get the same problem, all worked well until the last update now the useless message appears
0 Kudos
Share
Reply

same problem here but windows 8.1, .....when i read the min specs needed it says windows 10 ......cant believe they did this
0 Kudos
Share
Reply

Hasn't there always been a Win10 min-spec marking? I remember first purchasing the Rift years ago when it first got shipped to electronics stores, and even then on that box it said Win10.

There are a lot of necessary updates that come with an upgrade to Win10, especially the updates that concern the very item that is causing you two trouble (the handling of DASH and all of its features). Not to mention the discontinuation of support for anything older than Win10 at the beginning of this year (which is probably another big reason why Oculus decided to truly only give Win10 support in this update).

EDIT/CORRECITON: The original Oculus box with the HMD, one Sensor, and an Xbox Win10 controller actually has the min-spec OS as Win7 with sp2/sp3 update. I stand corrected.

Although its a dirty move by Oculus, it is a necessary one (especially since the lack of support for OSs before Win10).

Though, there could be something there if a user wanted to push Oculus on the matter of support for the Win7 OS, as it was the min-spec when the HMD first came out. I don't know much about the legal matters of how long a company has to honor that specification in the tech world, but it seems like something is there.

THOUGH! I would recommend against pushing them to provide service to Win7/Win8, as that would just take resources away from development 😞

it wasnt a windows 8 issue, after a couple of days doing nothing oculus fixed their mess and it did work
again on windows 8.
nowing they are messing up again with 1.34......critical error......etc etc.
waiting a couple of days again and start looking for a better vr device
0 Kudos
Share
Reply

Again, Oculus with their Win10 specification means that they don't have to fix Win7/Win8 issues, and since those OSs are no longer being supported by the company that develops them, there's no reason for the Oculus dev team (or any other VR device dev team for that matter) to support them either; it is literally a time and money sink for them to do so.

thx for explaining,
If it is for sure a windows 8 problem i am all in to upgrade my system to windows 10, but I am afraid
it is an easy solution for facebook to say it is a windows 8 problem to all window 7/8 users.
they were sugesting that too after the 1.33 update and after all it wasn t a windows 8 issue....
but thx again , for your time and help.
0 Kudos
Share
Reply