Since today my RIFT wont get getected anymore.

I allways get the message "No HDMI Connection" --> Rift HDMI Cable isn't pluged in. Please plug in your Headset.

It was working fine for three days. Now it wont get detected anymore if i plug in the cable "normaly".

If i plug in the cable into my HDMI port and bend the HDMI connector a litte upwards the RIFT is being detected and working.

I also tried out to use a displayport to HDMI adapter and plug the RIFT cable in there.

But with the adapter i also have to bend the RIFT HDMI connector a little upwards to get it detected properly.

I think there must be a "loose connection" in the HDMI connecor of the RIFT cable. Anyone here also had or have a faulty RIFT cable? Any suggestions?

I allready opened a ticket a oculus on friday, but since today i dont heared anything from them.

One thing i forget to mention:

I have a CV1 kickstarter edition i buyed from a friend. The friend i buyed it from gave me all his order and shiping informations. So i hope oculus will support it although im not the original "buyer". Any ideas?

Still haven't recieved any answer from the support.....

There is a lot of us whit this problem. They requested me a log of 24 hours. Already 10 days of email exchange. They clearly have a problem whit a LOT of hdmi cables.
0 Kudos
Share
Reply

Such a log wouldnt be working on my side.
My HDMI connection gets only detected if i bend the HDMI connector a little upwards in the socket.
If i let it go the connection is instantly gone.
0 Kudos
Share
Reply

I just started having this same problem. :'(
0 Kudos
Share
Reply

As stated elsewhere, same thing here. I don't think it's the cable. It's random, even without doing anything, even now downloading lucky's tail, suddenly it says connected, but also firmware update required, poor tracking quality and no hdmi connection.

This just in:
Unplugging the usb and changing port in the same inateck card cured all the symptoms... but moments later OVRServer_x64 stopped working. It rebooted, and all is well, but now the rift says it's on usb2.

Did you open a ticket? Have you polled if this is a common problem? I might have to go the same way as you, since it's only getting worse.
0 Kudos
Share
Reply 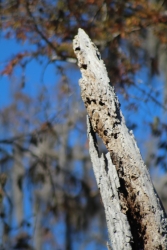 I wiggled my cable about and since then its been working much better.

On which end? 'Cause I wiggled, unplugged, plugged, checked the faceplate if it bent the cable, changed position, sitting or standing, cable stretched or coiled slightly... Random hdmi/usb notification galore. Even when not in use. Oh, and somehow the hmd says the connection is usb2 o 3, it kind of depended how it wakes after one of its episodes.
Anyhow, wiggling the cable end isn't a workaround, it's proof that the contact is bad. You just postponed the inevitable.