EXPLANATION (Solution below)
So people who have the rift probably came to this discussion to find out how you can solve the issue with the no display and only sound when using the Dell Inspiron 7000 Gaming Series. I’ve tried from using usb hubs, to buying new headsets and even considering buying a whole new pc for the rift. I don’t want people like me to go through everything I went through and that’s why I made this discussion. It was very weird how the HTC Vive worked on the laptop while rift didn’t. And some people came to the conclusion that it didn’t work because it’s an Optimus laptop. So even if you tried to force the laptop to use the dedicated GPU, it still didn’t work. But the issue was display, nothing else. So I narrowed it down to the hdmi cord. I thought maybe the issue was with the hdmi cable and MAYBE it wasn’t receiving enough power, even though the compatibility tool said the laptop’s compatible. So I did my research and heard the the HTC Vive’s Link Box works perfectly fine with the Rift. And it also required a power source of it’s own. Making sure that it’s not the power that’s the issue. And indeed it was the solution! Make sure to read below for the details.

Buy the HTC Vive Link Box and a power source, REMEMBER! It doesn’t come with one... Then, make sure you have a spare hdmi cable laying around, if not, buy that too. Then once you got them (Should be around 40 ~47 dollars), plug in the hdmi into the port in the pc and the port in the Link Box on the side labeled ‘PC’. Then plug the power source into an outlet and on the pc side as well (Of the Link Box). When your’re done doing that, plug the headset’s hdmi cable into the ‘VR’ labeled side, which will fix the display issue. Then if you want, you can buy a male to male USB 3.0 Cable to link the USB ports of the pc and Link Box together, but if you don’t want to pay for one or don’t have one, instead of plugging the USB cable into the Link Box, just plug it in the USB port of your pc, since the sounds worked before. And there you have it!!! So far, for me it’s working great!

P.S. Once you get it working, you’ll realize it was totally worth to go through all that!

Good of luck in your VR adventures!

well i bought the stupid vive link box and i bought extra adapter and i did everything and i have the same dell 1050ti laptop !!!!!!!!1 guess what??!!!! IT DOES NOT WORK!!!! at allllll the hdmi its not connected at all i tried i have 3 cables hdmi and nothing !! i plugged the headset oculus rift straight to the laptop it says connected and sometime i play and image after 15min its gone and i have to unplug and put it back again !!! im soooooooooo tired and im sooooooo angry i wasted £440 its been 5 days now straggling and i cant afford to buy another pc im seriously tired !! and i want to return the rift

Hi guys.  I was able to get the my HTC Vive link box to work. My power adapter was turned to max at 12 volts to get it to work. Make sure you get a power adapter that you can up the volts.

I also got a hdmi switcher and this worked. But the power cable did not work plugged into the socket. The switcher had a power usb option. So used  a USB adapter for the 2 sensors and plugged the switcher into the laptop. For some reason this worked.

jeanmarc.bradford said:
Hi guys.  I was able to get the my HTC Vive link box to work. My power adapter was turned to max at 12 volts to get it to work. Make sure you get a power adapter that you can up the volts.

I also got a hdmi switcher and this worked. But the power cable did not work plugged into the socket. The switcher had a power usb option. So used  a USB adapter for the 2 sensors and plugged the switcher into the laptop. For some reason this worked.

Hey guys I TOTALLY forgot about this post I made and sorry for not responding to any of you lol. Anyways, a while back when I posted this I also made a YouTube video for more clarification! Sorry I forgot to mention it but here's the link for any of you who are having trouble: https://www.youtube.com/watch?v=q_YlaI1_VAM
1 Kudo
Share
Reply

Btw, links to the things you'll need that I used are in the description of the video.
0 Kudos
Share
Reply 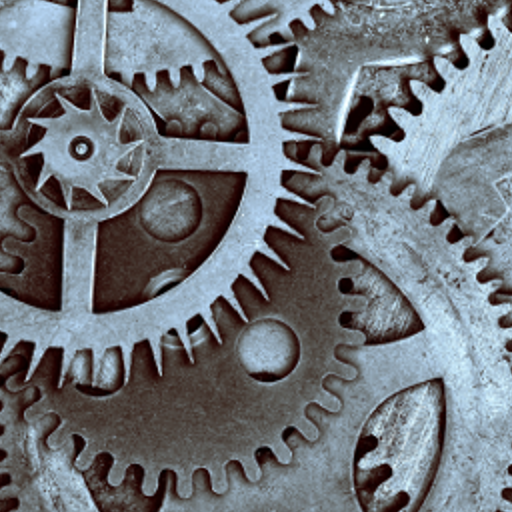 Following up to my post above from April 21, I did switch to a short (1 foot) HDMI cable, and the judder went away, so now it all works great.  Here is the cable that I used:  https://www.amazon.com/gp/product/B01MT60TWM/ref=oh_aui_detailpage_o06_s00?ie=UTF8&psc=1

Would this solution also work for the Dell inspiron 15 5000 series? my specific model is the 5577, the problems i see here are the same where my hdmi port is not directly connected to my dedicated gpu. So i'll connect the headset and see a white light on but in the setup software for oculus it does not detect the hdmi cable only the usb from the headset.
0 Kudos
Share
Reply

I’m a bit late to this problem, but I have a solution.

This laptop can definitely handle playing VR games. I originally bought this computer because it came with a Windows Mixed Reality VR system. With a few quick downloads I could play any Rift or Vive game at a higher resolution too. The biggest problem I had was with the WMR system itself using inside-out tracking on the HDM only with no external sensors. So I sold the WMR and went for a Rift to get the full room scale experience. When I set it up, I was confused as to why it didn’t display anything given my previous experience. I then learned about this issue people were having with the HDMI and found the solution was to buy a Vive link box. Well I’ve got a cheaper solution than the Link box. Being in Australia, getting a Link box with an adapter was going to cost me around the $90 plus mark with shipping. Knowing the problem was power, I instead grabbed a cheap powered HDMI splitter and a short HDMI cable. Works like a charm and only cost around the $15US mark. Here’s a link to the splitter if anyone is still interested.

I've found an even easier solution than the vive link box or hdmi splitter.

You can use an hdmi repeater - all it does is amplify the signal using the main voltage line in the cable. Same devices that are used when using really long hdmi cables.

You will need a second hdmi cable too - I'd just get a tiny one.