Has this happened to anyone else?

When playing steam VR or Oculus games, the display suddenly started blacking out. The error started occurring every time I tried to play,

Oculus support told me to Go to www.oculus.com/setup and click Download Oculus Rift software, Select Repair, then allow the repair process to run, download and install.

Their advice solved the problem of the headset blacking out. However, it has created a new problem with Bethesda games.

When playing SkyrimVR, every couple of minutes the game will freeze for about 30 seconds while a “Waiting...” message appears before the game can be resumed. Fallout VR crashes after about every 5 minutes of gameplay. Apparently, one of the updates I applied solved the original problem but created these new problems. Steam Home and its various quests show no problems, just Bethesda games.

Things I have tried include updating my video drivers, Windows and the Oculus software.

The Skyrim wait message doesn't show in a screenshot, but I was able to get a capture by holding my camera next to the lenses. When the game temporarily freezes, you see the last thing you were looking at until you move your head, but I was not able to capture this. 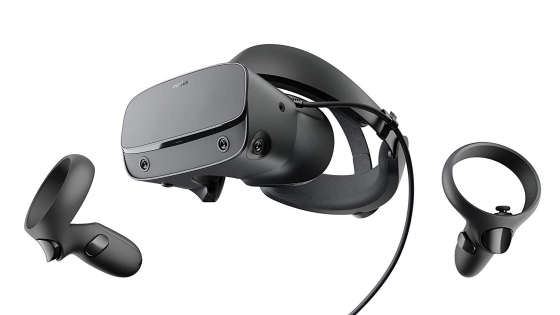 Now I notice that some Oculus-native games are acting up--Karnage Chronicles and Robinson: The Journey periodically crash. Do both us the Unreal Engine? Too bad updating one part of your system tends to mess other things up.
0 Kudos
Share
Reply