I just bought a Lenovo Y720 laptop and guess what...

The rift is acting the exact same way on my laptop as on my PC. This angers me because support has been saying it was my rig, but no it isn’t and this proves it.  I’ve also made sure to update all sensors and changed all of my nvidia settings to match what they should be. No bloatware enabled. This proves something needs to be fixed in the software. I tried with both of my Rifts as well.

All of the performance problems I had with the Rift on my PC are the same as on my new laptop after updating so how can they explain that???

Ok thanks.
Windows 10 home
intel i7700
8 gigs gddr 4 ram
gtx 1060.
256 SSD
I am at work right now so if you would like to look up further specs it is the Lenovo Legion Y720 8 ram model.  It’s fully VR already and is above specs for games that are not very demanding. Such as Luckys Tail. Still jittering and stuttering.

I understand the ram is lower but I’ve also played games that don’t need 16 gigs of RAM and the runs exactly the same as my other PC.
0 Kudos
Share
Reply 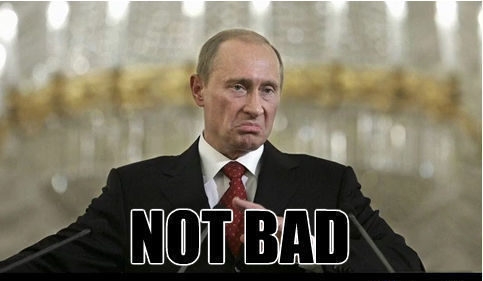 UBSERD, could you please try reducing your resolution on your PC/laptop to the lowest settings and see how Rift performs.

have you tried only using 1 sensor to see if a bad sensor is causing it.
0 Kudos
Share
Reply

@zork2001 yeah man I tried all sensors one by one.

@Snot_Shot I can try to lower resolution but I never had to do that before. Does it matter how low I drop the resolution? Should I go to the minimum?
0 Kudos
Share
Reply

@UBSERD - I'll copy and paste the answer I said to you in another thread, because I suspect you have a hardware fault, which also can be the Rift it's self.

@UBSERD - Did you do all I suggested? I've looked through your posts and I'm starting to believe you have a hardware fault, possibly your graphics card. You have mentioned in your previous posts that you have reinstalled windows on a number of occasions and even as far back as Oct 2016, you have mentioned you had stutters in the Rift in the forum.

A clean Windows reinstall will get rid of any corrupt OS or software related issue, that's if you tried the Rift before reinstalling anymore software. That tells me it's not software related and you should look at Hardware. Even your Rift could be faulty, so it would ask the bloke where you take your computer to be fixed and ask him to test the Rift on one of his computers. This might even be the memory that's playing up if you said disabling the XMP worked for a short time. Have you tried re-seating the memory or trying individual sticks taken one stick out leaving the other one in etc?

If Oculus are denying this is anything to do with their update and the new Windows update, then what I have said above can only be true. Oculus must know by now if it's an update problem and if they are keeping quite about that, then it's just ridiculous. Because not only does it waste people's time here, it also shows them to be not quite on the ball, if they don't know their update or a windows update is causing a problem.
0 Kudos
Share
Reply

Hey @lovethis My PC is in the shop right now. I downloaded the old July Nvidia driver for my laptop and that seem to make it better than it was. I’m getting much better performance now.  But then again I’ve said that before and who knows what tomorrow will bring. That’s the only thing I hate about PCs in general is that one little update from an unknown source can mess up the rift really bad as opposed to something like PS VR where it’s in a controlled environment. I’m not saying that’s oculus’ fault at all I’m just saying that that’s the thing that sucks about high-end VR right now for the less PC savvy.

Earlier I downloaded the latest Nvidia driver on my lappy for doom and the performance was atrocious.  After rolling back to July it seems to alleviate a lot of the problems.  Strangely enough though i’ve tried to update to that July driver on my PC and it made no difference. It kept stuttering no matter what.

Maybe you’re right about it being hardware on my PC. Maybe it is my graphics card???  The thing is though I can play all PC games at top settings and I don’t see any degradation in performance in them.

I wish that they could make this process a little more simple so that way you don’t have to constantly figure out why your rift isn’t working correctly.  If it’s possible a diagnostics tool would make a hell of a difference for the community with issues.
But maybe that’s an impossible thing and I’m asking too much. 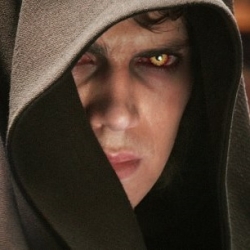 Sorry, but as they say, you need to use a compatible desktop computer. Or an "Oculus Ready" laptop, laptops have always been difficult.
1 Kudo
Share
Reply

You seem to be having a performance issue somewhere when it comes to using your Rift. You are able to play games on a 2D monitor no problem. With your desktop computers specs you shouldn't be having a performance issue on the Rift. Did you try plugging the Rift into a different Hdmi like I suggested on the Desktop computer? It could even be that one Hdmi port on the Graphics card causing a problem on the Rift. It really is a process of elimination, but you didn't get back to me about some of the things I suggested you do. The guy in the shop should know pretty quickly if it's the Rift or another Hardware fault. Did you take your Rift with you so that he can try it on one of his computers? That way it rules out the Rift been the problem.

You mentioned in other threads that you have installed Windows on a few occasions, so that's why I would rule out a software issue, unless you've installed something else without testing the Rift first. Apart from software conflicts or a corrupt Windows itself.. Performance issues can be caused by Graphics card, memory and even a HDD crapping out.

When it's the Rift, apart from a bad hdmi or usb cable, it's usually something quite visible. Like a blank screen or something else that's visible. If it does turn out to be the Oculus software, it's not good that Oculus doesn't recognise the problem with a number of logs they will have asked you to send. I don't think that's the case in your case though, because after reading your posts you've had this problem for sometime. The first thing the guy at the shop should do is test the Rift on a different machine or try it on another Graphics card. That's what I'd do. I'd then look at the Ram (Memory sticks.)

What you have to remember about computers, is that they are not Consoles and you need to back up the SSD or HDD when everything is running great. I already linked you to a free backup SSD & HDD program called AOMEI, which works great for backing up your SSD or HDD. It has resolved problems I've had on my computer a number of times now. Here is the link again. You just need the freeware that's already ticked. It's an excellent program even better then ones that charge you for the same thing..