My Quest 2 Just Bricked Itself...

I am on the newest hotfix of v27.1 or whatever u wanna call it... ugh why? I was just playing beat saber for an hour before this happened, I turned off my headset and turned it back on a few minutes later to see the "updating" logo 😐

I haven't played in 2 days and got on today and played an hour of beat saber when I turned off my headset and turned it back on after a few minutes I got this "updating" logo thing?

when it finished it had the oculus logo fading in and out for over 30 minutes, eventually I turned off the headset and I've been literally at stuck wasting my time, the headset turns on and shows the oculus logo and the few seconds later after the boot up jingle it literally goes to sleep like my head isn't on the sensor, when I cover the sensor while it's "on" nothing is working, oculus WHY?

I've been at this for an hour, what is going on, battery is at 84% and my Oculus App literally deleted the headset from the app??

Factory Resetting manually (holding power button + minus button) does nothing, when I confirm the manual factory reset, it takes me to the reset screen for literally 1 second and auto boots back up and does the same thing, why why why why why why I 've had this headset for only 2 months, what the?????? 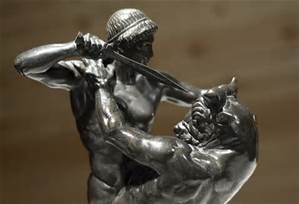 It's possible you have a refurbished model that was returned for the same reason.

I have exactly the same problem. Bro you are not alone. Oculus please respond to this.