Hello, since the latest oculus firmware updates OBS can not start streaming / recording if you select the NVENC encoder.
There are many posts in OBS forums.

I was wondering if the Oculus devs are aware of this?
0 Kudos
Share
Reply
7 REPLIES 7 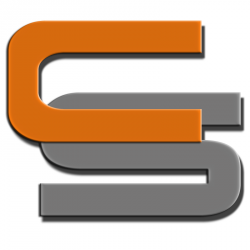 Yeah what's going on here with this?
Got the same problem myself, OBS records and streams fine but soon as the Oculus App is even opened it's game over for OBS working if the NVENC encoder is used.

Which is a real shame as it's the only one that provides almost no performance hit.
Given I'm new to the Rift I can only go on what I've read in other forums but this never used to be an issue, so what gives guys as it's clearly something caused by your update as OBS hasn't been changed.
0 Kudos
Share
Reply

cybereality said:
Yes, we are aware of this issue and are investigating.

Music to my ears that, or should that be art to my eyes? either way glad it's being looked into.
I've got some VR videos to create 🙂
0 Kudos
Share
Reply

Wow just tried recording using a different encoder, it was absolutely horrid frame rates dropping to 40 at times. Never really been a member of the frame rate police before, but damn it's needed for VR!
It felt like someone was slamming on the brakes when the frame rates dropped, completed a race without feeling sick. But the sooner this is fixed the better because I can't be doing that again!
1 Kudo
Share
Reply

cybereality said:
Yes, we are aware of this issue and are investigating.

How is investigating going? It is still an issue in 2020. I cannot use OBS when Oculus app is open ... prevents from Streaming VR. It is no workaround to get a 2nd PC to stream it ...
0 Kudos
Share
Reply

This is still an issue. Is this just something that can't be fixed? If it is then I'll just get a capture card, but there's surely a fix for this?
0 Kudos
Share
Reply

There is however a Workaround:

Start your SteamVR Apps you want to stream without Oculus in Background in "Windows 7 Compatibility Mode" this prevents the Oculus Framework from loading it.