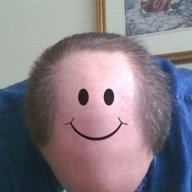 I felt compelled to start a new discussion to try to collect this information in a dedicated thread.

Captain_Squareyez said:
But the most important thing about moving games or uninstalling them just to re-install them on to another drive, is the fact some or even most of us dont even know where the game save files are to back them up, which means, we have lost huge amounts of time in playing them and saving them, just to start all over again.

I've just played a few games, so far, but have been making an effort to identify where the game save files are located, and then ensure that they are within the scope of my backup program --- as well as using sync software to mirror them to another drive. (Can't be too careful.)

That said, aside from providing the ability to install games to more than one location/drive, Oculus needs to provide guidance to developers on a standard approach to game save locations -- but putting special emphasis on NOT locating game saves within a given game's installation folder, since this can be lost on any app uninstall, and isn't likely within the scope of regular user data backups.

Lastly, has anyone seen a thread cataloging game save locations? It'd be a handy thing to have.

p.s. A few game save locations for VR games that have been played on our Windows 10 system follow. Please post any additional games or corrections.

Right, which was sorta the point of the thread, back when I cared.
0 Kudos
Share
Reply

Most of the Games seem to be located at %userprofile%/AppData/Local following the gamename.

I can't believe that this thread doesn't have more responses. I had to reinstall windows last year and lost all my Oculus game saves. Here's what I back up now. (note: I have two hard drives.  I used "Directory Monitor" to pinpoint some locations). Enjoy.

Oculus Games (NONE SAVED TO CLOUD)

Here's a couple more that are easy to lose.