OVROverlay not rendering in correct order with depth buffer 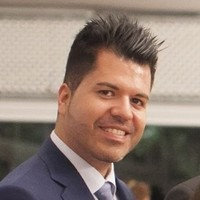 I'm trying to take advantage of the improved image clarity that OVROverlay provides compared to standard Unity UI to render interfaces.
I have a scene with multiple tablets that the user can grab and interact with, and since these can be moved arbitrarily using grab manipulation mechanics, I need to make sure that they a) intersect correctly with the scenario and b) intersect correctly with each other or at least can have their sorting order changed at runtime depending on which one is in front.

I already managed to make it work by using OVROverlayCanvas and having OVROverlays in underlay mode. But I cannot get the rendering to meet all conditions:


So basically my question is if there is a way to make overlays intersect with the scenario and at the same time intersect correclty with each other.