I recently updated to Unity 2017.1.0p5 and am trying to figure out why I'm now seeing a big performance hit. In 5.6, I was seeing a solid ~60 fps in my application's main scene. You are essentially a passenger on a plane that moves around an airport. No interaction, just on-rails movement for now. I'm using 1.15 Unity integration and running on a S6.

Poly count stays consistently below 100k (between 40-80k), though draw calls sometimes top 150 (trying to figure out under what conditions). The draw call count was not causing performance problems with 5.6 builds. I've got another level select scene that runs consistently at 60, but its poly/draw count is extremely low, so it's not pushing any performance boundaries.

Performance is the same with Graphics Jobs on or off (is this even compatible with Single Pass now?)

I'm pretty sure this is something on the Unity side of things, as my 5.6 build (with the same scene) still runs as expected. So anyone else run into performance issues and have some leads as to the potential cause?

After playing around a bunch with turning objects on/off, we determined that Unity 2017 GearVR builds are way more draw call sensitive than 5.6.3 builds. When I disabled enough of the scene's background objects to keep things ~70-80 draw calls max, performance stabilized. We're having our artist do some mesh combination since we are more draw call limited than polycount limited.
0 Kudos
Share
Reply 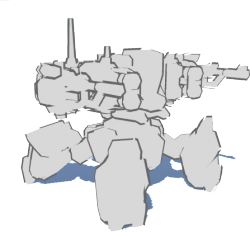 Would be interesting to know if anything build with Unity 2017 has been approved for release on the Oculus Store yet? Right now I am considering to go back to 5.3.8.f2, which was the last Unity build I found that gave me consistent performance on S6 and S7 devices. Back porting my 2017.1 projects/code to 5.3.x is a lot of work (and means I will miss a lot of cool Unity features that I planned to take advantage off), so if this is a known issue and a fix is in the pipeline would be great to know...
0 Kudos
Share
Reply

Someone told me that disabling Graphics Jobs helps if you are using dynamic batching helped them, but I personally didn't see any performance difference (possibly because our scene does not have many assets being dynamically batched).
0 Kudos
Share
Reply

delphinius81 said:
Someone told me that disabling Graphics Jobs helps if you are using dynamic batching helped them, but I personally didn't see any performance difference (possibly because our scene does not have many assets being dynamically batched).

Thanks very much for he advice. For me this did not seem to help but perhaps it does for someone else.
0 Kudos
Share
Reply