In this post, you will find potential fixes for UE4 issues with VRC.PC.Input.3, VRC.PC.Input.2, VRC.PC.Input.10, VRC.PC.Functional.3, Leaderboards, Achievements, and Online Sessions. Feel free to jump to the point you need instead of reading everything, but I'm sure you will read these tips more than once.
🙂

----------
Background:
It's been almost 2 months since I started to implement the Oculus platform in my game to be compatible with the Oculus Store guidelines, and it's been a bumpy journey for many reasons. Thanks to the UE4 community and the Oculus Developer Support team with their fast and active responses, all has been solved in a short time. Below, I will describe in detail every single issue I faced, which should help you if you're facing the same problems:
Hopefully when you read this, most of the issues I faced here will already be fixed. I will also mention some tips on how to fix some major issues in your project before you submit to the Oculus store. When I first submitted my project, I got a list of issues below of test results I needed to fix:
I will describe these in order.

----------
VRC.PC.Input.10 - Hands and controllers should line up with the user’s real-world
In Oculus branch of UE4.21.1 from github you need to open sample project located in UnrealEngine/Samples/Oculus/HandSample
after that migrate the hand to your project and add the hand/controller to your character hand and recenter/rotate your game hand to match with the sample provided then you can delete it: https://developer.oculus.com/blog/implementing-quality-hands-with-oculus-touch/

----------
Achievements:
Achievements are broken on UE4 and you can't unlock Oculus Achievements using built-in BP nodes (not sure about Oculus github version of UE4  since i only tested Achievements on Epic launcher version) so what you have to do is to move the source of working code from SDK project "Samples\UnrealSample" and add it to your project then compile your project and use the new nodes just like in the sample project. (Its not as easy as it sound but its the only way)
- Make sure to add your achievements on your portal/dashboard.oculus with ID that match your game Achievements ID just like steam.
-And config your app for Oculus on DefaultEngine.ini like below (not sure if the last line "Achievement_0_Id=" is required like  steam or not but i kept it for now) and make sure to change YOUR_APP_ID for OculusAppId to your actual App ID:

----------
Leaderboards :
Same story as Achievements but it gets even worse even when you move the codes regarding Leaderboard from the sample project you won't able to control on how many entry you want to get or even get your own rank or friend list rank, luckily one of UE4 dev helped me to local player rank and it needed to adjust the source code of sample project so i will post it here later. as for now i believe when you read the leaderboard it will get top 100 (no confirmation).
- Make sure your app is DefaultEngine.ini like above i mentioned for  Achievements.
- Don't forget  to Setup Leaderboard on Portal/OculusDash before anything else.

- First you need 2 separate machine or VM for testing just like Steam session. and make sure you add the 2nd account as developer or invite him to RC channel (this is very important part) i believe alpha channel doesn't work but i can't remember so make sure you do your online test with uploading your game on RC channel.
- Online session using Epic launcher UE4 is total useless and broken and on top of that Oculus version of UE4 on github had its own bug but fix issued and probably its merged by now "https://github.com/Oculus-VR/UnrealEngine/pull/25"
- If you need session like steam when 1 player make session and the 2nd one find it from the list and join then make sure to make a pool on your portal with "Browse" mode like below image and give it the session name "Pool Key" before you even start with coding your session on the engine side.

- For creating session use node "Create session " using Oculus session plugin not the default engine one. and put the Pool name same as the one you created on above image "Pool Key" then open level with "listen" parameter so the client travel to the server map once he join.

- As for finding and joining session use "find matchmaking session" same from Oculus plugin as for join use default engine join session node, no need to open map from join session on BP since client will travel to the server map just like steam version if the server opened the map with "listen" parameter.

- Make sure your DefaultEngine.ini is using the Oculus OSS Net Driver - see below. I've left in the changes I've made from the Achievements and Leaderboard sections above so you can look at the entire picture. I've also added extra lines to increase network bandwidth (optional). Make sure to change YOUR_APP_ID for OculusAppId to your actual App ID:

----------
Other Tips:
As you can see, a lot of info is out there in the documentation and Oculus samples, but it's scattered about and it's not always obvious which info is correct and up-to-date.

----------
My Wishlist:
----------
Hopefully this info will help speed up your work! As I think of myself as a beginner with UE4 and Oculus development, if you see any wrong info here - please correct me. I also may have missed some important info you need, so please ask me and I will try my best to help you. Have a nice dev day!


----------
Tagging the Oculus Developer Support team in case I have misleading information that need to be corrected. @NinjaGaijin
2 Kudos
Share
Reply
29 REPLIES 29

Ah, I see, hope it's ok I shared it earler than what you were panning for it : )

Btw I'm using 4.21 source for my current game which has a couple of oculus fixes and I shipped a full game with it with working matchmaking, if you made an earlier version, let me know since I couldn't compile the plugin for 4.21 : )
1 Kudo
Share
Reply 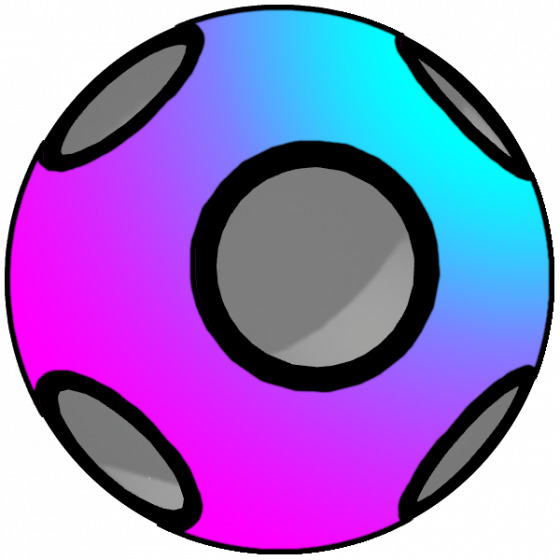 @Mohammed_hashim Nah, you're good. I don't mind it being shared, it's just... somewhat broken still, haha. I'll take a stab at getting it running in 4.21, but that version includes Oculus Platform SDK 1.36, and the minimum required at the moment is 1.40. Might take a bit to get around to it.

You can update that yourself by grabbing it from here: https://developer.oculus.com/downloads/package/oculus-platform-sdk/1.40.0/

1.40 is 12 versions old at this point. v19 (or 1.52, since the naming convention changed) is the latest available. It's still early days for this plugin though, I've really only worked with 1.40.
0 Kudos
Share
Reply

I don't think it's possible to update Oculus SDK to the latest with 4.21, there were a lot of changes from the engine side and rendering pipeline. right now everything works fine with me in 4.12 including all Oculus services without bugs, probably 1.40 is going to bring its own bugs to the table which I don't want to find out right now : )
0 Kudos
Share
Reply

I don't think it's possible to update Oculus SDK to the latest with 4.21, there were a lot of changes from the engine side and rendering pipeline. right now everything works fine with me in 4.12 including all Oculus services without bugs, probably 1.40 is going to bring its own bugs to the table which I don't want to find out right now : )

So, there's nothing in this plugin or the SDK that interferes with the changes to the engine/rendering pipeline/etc. This thing is just a wrapper to expose the existing C++ library to Blueprint. The only difference is Blueprint support for int64 was added in 4.22, so you might run into some issues with 4.21 as a result (Oculus Platform SDK uses int64 a lot). I doubt there will be issues, as it doesn't look like there's a need for int64 at the moment. This was a stupid oversight on my part. The obvious (in retrospect) problem is the length of an Oculus ID.

ItsNotMeTrustMe said:
I understand not wanting to update for other reasons, but I figured I'd leave this info here just in case someone else needs it.

Thanks a lot, this is going to help me a lot in the next few weeks/months, you made a nice guide to on how to upgrade the SDK from our side. < 3
1 Kudo
Share
Reply

So many thanks! I was able to pass the majority of the vrc test. However, I failed at vrc.pc.input.4 (TestAppShouldQuit). Do you know if there is something specific to do for Unreal? My game exits correctly. I don't understand why I failed this test. Thank you !
0 Kudos
Share
Reply

Batlordz said:
So many thanks! I was able to pass the majority of the vrc test. However, I failed at vrc.pc.input.4 (TestAppShouldQuit). Do you know if there is something specific to do for Unreal? My game exits correctly. I don't understand why I failed this test. Thank you !

ٍSorry no idea, probably a bug on the engine or SDK side, Try to open a ticket with Oculus team. if you found a solution let us know.
1 Kudo
Share
Reply

Batlordz said:
So many thanks! I was able to pass the majority of the vrc test. However, I failed at vrc.pc.input.4 (TestAppShouldQuit). Do you know if there is something specific to do for Unreal? My game exits correctly. I don't understand why I failed this test. Thank you !

Quit is working fine for me and passed that test easily. Perhaps finding how to quit is too difficult in your menu / input scheme?

But Join Session even with Turtle Rock Studios fix does not work it keeps trying to load the default wrong level.

two headsets on dev one test user all setup tried RC channel and Alpha. I've been at this for 3 weeks straight I've tried everything.