I had a quick go on this earlier and it's pretty cool to try this game in VR. It's a free MOD and needs the original Portal 2 game which if you shop around you can pick up for under £6. Obviously this will come to the Rift or be modded to run with it at some point.

A HTC Vive Headset is required in order to play.

Really cool game but probably takes about half an hour to complete. I had to buy a steam key as I didnt own portals 2, but id say its worth the £5-6 even if you have to buy portals 2.
0 Kudos
Share
Reply

Yeah, it is a bit short but it sure shows the potential of a Portal-type game in VR.  It makes me very thankful that the community can build stuff like this so we can enjoy it.  It also makes me hope that Valve creates VR versions of their best games for us to enjoy (HLVR, L4DVR, PortalVR, ect...).  I have completed both Portal games numerous times on a monitor (and in 3DVision), so it was really cool to get into the game.  Squatting down to avoid the turrets was an awesome touch, I was feeling some presence doing that.  And wow is that cube ever big and lovely in VR.
i7 5960X @ 3.8 GHz | Corsair Vengeance LPX 16GB DDR4 PC2800 | GTX Titan X Pascal | Win 10 64 bit | Asus ROG PG348Q | EVGA X99 Classified
0 Kudos
Share
Reply
mambo1888
Level 8
Options

@ThreeDeeVision Was a really nice little experience the guys who done it have done a great job. Also being that its a free mod is great for those that already have portal 2.

Once the lasers started was a good laugh, I must have looked a right idiot crawling along the floor lol, I always have a bit of paranoia when doing stupid stuff like that while in VR that the wife's watching me or videoing me lol.

The lift at the end was nice as well, would happily pay for more puzzles.
1 Kudo
Share
Reply
MavericRFW
Level 2
Options

Shadowmask72 said:
A HTC Vive Headset is required in order to play.

If the Vive is required to play, why is it here? That doesn't make sense.
0 Kudos
Share
Reply

Shadowmask72 said:
A HTC Vive Headset is required in order to play.

If the Vive is required to play, why is it here? That doesn't make sense. 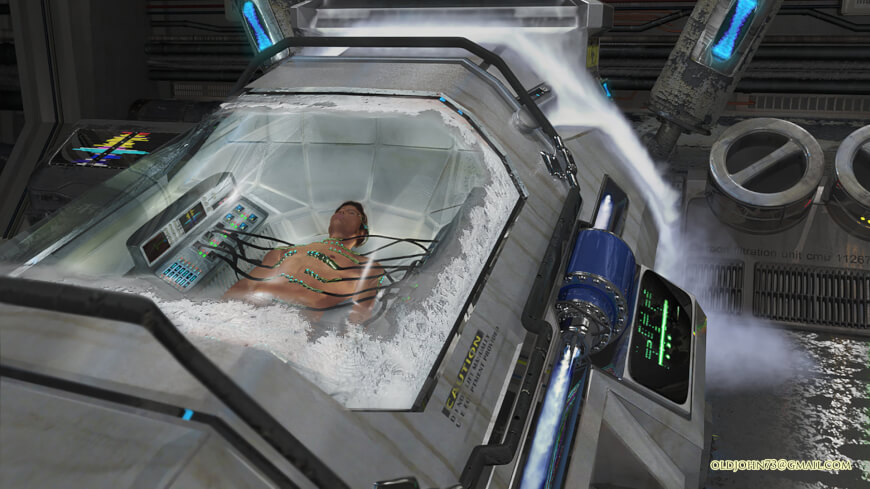 This is the second old portal thread to get resurrected recently, feels like we're on opposite sides of a portal to the past.
Or the Guardian of Forever captain.

Maybe reviving this thread isn't all bad - at least the mod is still available:

https://store.steampowered.com/app/446750/Portal_Stories_VR/
It now also fully supports the Valve Index B) - and it should work with both Rift and WMR according to very recent reviews:

Requires that you have installed Portal 2.

How to play using an Oculus hmd:

Just tested the game, I wasn't much impressed. Had to use Index res 100% for 90 fps - looks badly optimized to me, or optimized for Gen1 hmds which had much lower res. Thus this isn't - by far - anything close to Valve quality.

Controls work perfectly using Knuckles though, you use the trackpads for teleporting, it's one of those rare games where you're happy that Knuckles emulate the Wands just perfectly.

Even if it's not great, it's not that bad - but you can sense that it's from 2016. Might look better using oled with some SDE. Probably going to uninstall. 5/10 using Index.