You may know that the Rift doesn't have a control panel like a monitor.
But you can STILL adjust things like saturation, (Nvidia) digital vibrance and probably the other stuff (gamma, contrast) as well.
(Plus an important other setting, output dynamic range on Nvidia, should you have the problem that your blacks are not black enough).

Unplug your Rift and then use a HDMI cable and connect a monitor to the same HDMI output. (USUALLY, my normal monitor is connected via DVI -> HDMI).

Now, with your monitor connected to the same output where you normally plug in your Rift, bring up Nvidia control panel. You will see that you can make your Rift even black / white etc. when you click "desktop color settings" and play with the "digital vibrance setting". (Although I prefer it at 45% or so). You can also play with the other sliders possibly.

Important: Now, still with your monitor connected (instead of the Rift), in Nvidia control panel go to "Change Resolution" and then you will see further below a setting for "Output Dynamic Range". This has to be at "FULL". If this is at "limited" which can sometimes happen in older drivers etc. you will get washed out colors and gray instead of black. Short: Your view in the rift will look like total SHIATE and you won't even know why since you cannot access Nvidia control panel for the Rift normally.

Now, after you set everything, unplug the HDMI monitor cable again and re-connect your Rift. It will now have and keep those settings. You can use this trick to adjust color saturation and especially if you have the problem with your blacks not black enough.

Related Question: Does an app exist to be able to adjust these (and other?) settings without the "trick" of having to use a HDMI cable and a monitor?

Yep the controls are there, but it does absolutely nothing when you change them, and if you look at the change resolution part of nvidia control panel, it says 60hz, which is not true, and you cant change to use nvidia settings either. Maybe they are updating it, which would be awesome.
0 Kudos
Share
Reply
Ventofreddo
Level 2
Options

I think this is a serious problem and I dont understand why both nvidia and oculus don't even mention it as a "known issue".
For now, I followed this method, but for some rift headset can create new problems (but is reversable, so you can try at least)
https://www.reddit.com/r/oculus/comments/6tca7t/why_you_may_need_to_disable_spud_oled_mura/
0 Kudos
Share
Reply
flexy123
Level 9
Options

No, I am sorry, you guys got it all wrong.

This is not a "serious problem". In fact, Nvidia changes the recent drivers that the trick with changing saturation etc. via control panel and a HDMI cable doesn't work any longer..... AT REQUEST BY OCULUS - as I was told by an Nvidia rep!

The reason here is that Oculus has reasons (which I don't want to go into detail now) why users should *not* be able to adjust things like saturation, brightness etc. Every user of a Rift has (and should have) the exact same experience. In comparison to a monitor, there is also no reason to adjust these settings, at least not for the average user.

--> The Rift is not even visible to Windows as a "display" since it uses direct output, basically circumventing the OS.
--> What you are referring to as being able to change saturation etc. under Dash is not related to the Rift display itself, but (AS I SEE THIS) to the virtual desktop and how it is displayed in Dash. This is different.

--> Again: Realize that Oculus told Nvidia that it should not be possible to change anything via the control panel, something which was possible in earlier drivers with some tricks using a cable. This is BY DESIGN and not "a serious problem".


*** Just to explain some things: In an older driver like 382.53 I was able to change saturation using the "trick", however the issue is that Oculus requires colors to display a sharp picture. If one would just reduce saturation this way, it can also mean that the Rift image becomes more and more blurry. (This, again, could well result in all sorts of user problems since the average user does not know there is a relationship between colours and how the Rift displays things).

The only way to do this right would be with PROPER saturation etc. controls from within the Rift software (Oculus: Why don't we have this??)...so that it would be possible to adjust saturation etc...but with the software taking this into account. (Basically saturation control at software level)

And I do in-fact want such a proper saturation control since the Rift (IMO) is at least 5% or 10% too popping with colours. 10% less (as with the trick) makes things look much more natural, eg. Google Earth etc. Reds for example are ridiculous on the Rift. (At least here, not sure whether this is a Rift "issue" or related to Nvidia and "digital vibrance" which out of the box is always already a notch too high, at least for me)

This is not a "serious problem". In fact, Nvidia changes the recent drivers that the trick with changing saturation etc. via control panel and a HDMI cable doesn't work any longer..... AT REQUEST BY OCULUS - as I was told by an Nvidia rep!

Ventofreddo said:
I think this is a serious problem and I dont understand why both nvidia and oculus don't even mention it as a "known issue".
For now, I followed this method, but for some rift headset can create new problems (but is reversable, so you can try at least)
https://www.reddit.com/r/oculus/comments/6tca7t/why_you_may_need_to_disable_spud_oled_mura/

It is definitely a major problem, a problem I have now encountered myself by upgrading from a gtx 970 to a gtx 1070. The colors are much brighter with my 1070 and frankly they hurt my eyes.

I did some research and I think it's because maxwell is set rgb limited by default when you use your hdmi output, and for the gtx 1070 this is set to full. Rgb is an option you can set with nvidia cards for hdmi outputs, limited has a smaller color range and with that, stuff is less shiny. Full range looks better of course but it's also by default more shiny, you could of course easily counter this if it bothers you with the digital vibrance setting/contrast/gamma on monitors, but since the rift doesn't show up as a monitor I'm screwed.

To make matters even worse  this shiny effect makes the screen door effect much more noticable. I could buy another maxwell card like the gtx 980ti but for all I know they could use rgb full by default over hdmi there as well.

Could I damage my rift by reverting my driver where you could that 'monitor' trick and lower the vibrance settings? or changing rgb full to limited.

Did you know that the psvr, of all headsets has a brightness slider, but all pc vr headsets don't? The vive has a night mode though but that isn't exaclty a solution either, stuff can be too dark as well. 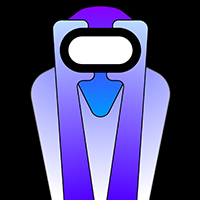 This has me wondering what effect the Post Process Filters are having in Assetto Corsa...I know Assetto only uses the 'Default' PPF in Oculus mode but it can be changed simply renaming any other PPF to default...I wonder if its best to disable PPF altogether in Assetto, which I havent done because opponents brake lights need a filter to be seen clearly.
Anyone have any thoughts on this?
Cheers
When Einstein was asked how it felt to be the smartest man on Earth, he replied, “I wouldn’t know. Ask Nikola Tesla”.
0 Kudos
Share
Reply
moorbloom
Level 2
Options

What if your only monitor is a displayport monitor (165hz) how do I solve this? (using a GTX 1080)
0 Kudos
Share
Reply
Related Content