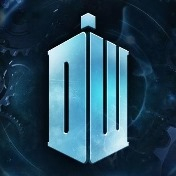 After the most recent update

My Xbox Elite Controller series 2 has stopped connecting. It was working perfectly since owning the Quest 2 and will connect to my Mac, My PC, My iPhone and plays and configures perfectly on all devices.

It can pair and says its connected on the quest i.e. in devices -> pair menu but the light on the controller doesn't stop flashing and it is not available in any games. Iv'e tried repairing it over 20 times and tried reseting the controller wiping all bluetooth connections along with the obligatory; disconnect and forget everything and turn everything off and back on again. I tried using the phone app but that doesn't even see the controller. the blue button just spins forever; where the bluetooth search on the same phone sees it immediately. I've tried both ways with the bluetooth already setup and connected on the phone and not known by the phone as you cant disconnect from it on iOS. Either way it doesn't see the controller so dead end. Using the devices menu on the quest settings is a bit more successful as it manages to get through the pairing popup with the blue OS button to initiate pairing and is successful. Goes back to the bluetooth list of devices and shows as connected but the controller doesn't seem to finish the pair and stop flashing and function. I have tried turning off combinations of the controller and quest in different orders then trying to just initiate a connect with a remembered device (as the pair was successful apparently) but nothing works.

Oh and to add to the pile I have a normal Xbox one bluetooth capable controller and this connected OK with no issues to my Quest 2 (and all other devices listed above that the Elite controller can also connect with OK).

Any ideas would be very much appreciated

Found this that finally solved it:

Update: followed instructions on an old post and disabled passthrough and hand control now getting an error message (which is at least something).

So the pairing fails now with error: "Couldn't pair with Xbox Wireless Controller because of an incorrect PIN or passkey".

I've tried several times and a few of them fail to start paring and take 2 retries before the pairing will start but the result is the same: error with key.

Found this that finally solved it: