Star Wars: Battle of Endor [Updated for DK2 and CV1]

by popular demand (and because it was quick and easy for a change) I built a version for CV1. No other fixes or changes at the moment.

Win64 version compatible with Oculus runtime 0.8.0.0.
Note that lighting has regressed in this version as I'm unable to bake lighting since Unity switched from Beast to Enlighten, so I'm afraid the lighting is pretty stark, and it might not run well on all systems. But I've had so many earnest requests that I feel obligated to release it as is. Sorry I can't do better, but I keep installing Unity's updates and trying again in the hopes that one day I can get the lighting to work again. 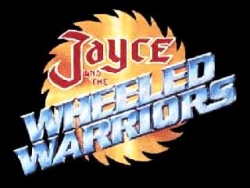 This method lets you play it again!!! :dizzy:

Seems I can't update the initial post anymore, because it requires a category now, but the category drop-down list is empty. 😕

Anyway, by popular demand (and because it was quick and easy for a change) I built a version for CV1. No other fixes or changes at the moment.

OMG tis is my favourite Oculus experience of all times. THANKS MAN and dont stop workinf in VR is you thing!
0 Kudos
Share
Reply
costersall
Level 2
Options

Thanks man, you are a champ!
0 Kudos
Share
Reply
Sharkku
Level 4
Options