How long will the windows 11 supported oculus?

How long is a piece of string?  Hopefully soon for both Oculus and SteamVR.  Probably by mid 2022 is my wild guess.

I'd say that's a fair guess if that early. I've seen a lot of tech videos about Windows 11. It's adoption rate is really telling. It's currently one of the least used Windows.  Windows versions with more users= Win XP, Win 7, Win 8 and 8.1 still has more users.

I haven't seen any gamers singing the praises of Win 11, most I've seen are struggling to get the same performance as they were getting on Win 10.

Being someone that has seen all Windows versions since 3.0, this is always how things have played out. Windows versions are like Star Trek movies, always a good bet that every other one will suck. With Win 10, we had the launch of DX12, good for gamers and a reason for many to upgrade. There is currently no advantage to having Win 11 for most home users and a detriment in its current state for gamers.

With Win 11 adoption rate so low, and judging from how long it takes Oculus to even add support for newer gen video cards as they become available. Also with Oculus/Meta's focus being mostly on mobile and their metaverse initiative. Their PCVR software is not likely much of a priority as its working flawlessly for those that are sticking with Win 10 as they recommend.

@noigamegun  You have a link to this?

@noigamegun  I hope that’s correct mate.  I guess we’ll hear from those with win11 soon.  Latest Steam news says SteamVR is still not win11 compatible.  Still no need to jump on the win11 bandwagon imho.

My understanding is that Quest has been working OK with W11 and Link but Rift-S has issues, seemingly related to USB drivers. I'm not saying that the support person is wrong there, but I'd wait for word here first. Particularly users who have been reporting problems, they're the best source of info.

I have no plans to change to W11, too many reviewers (non-VR related) are describing issues and instabilities, but for increasing numbers of people, it'll be pre-installed. 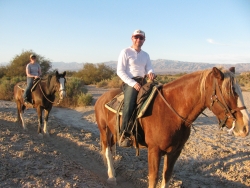 I'm still getting horrible tearing and stuttering using Link with Windows 11... I'd say it's still far from supported.

For me, Windows 11 is performing much better than Windows 10 did in every aspect, except one... Link

Just had a chat with Oculus support. They have stated that it is NOT supported yet, and the official support page here: Oculus Link Compatibility will be updated to say Windows 11 when it is supported.

There's a workaround for the poor frame rate issue, but it's not ideal (you'll have to do it every time you use Link):