Oculus has lost there court case!!

Oculus has lost there court case, What do people think is going to happen, did we purchase an expensive headset whiich is doomed to fail now?

so if rift is built upon zenimax foundations what will this mean? surely because they lost the case zenimax can now push forward to stop rift sales and oculus will now need to make their own code and if that happens do we chuck our headsets in the bin?
0 Kudos
Share
Reply
kojack
Volunteer Moderator
Options

reefy86 said:
and oculus will now need to make their own code

The current oculus sdks are extremely different to the early versions though. Two of the zenimax complaints were for distortion correction and chromatic aberration correction, and both of those have definitely changed.

I cannot help but feel this is going to have an impact on whether a developer takes an opportunity to make for Oculus exclusivity, I have no doubt the rift is better than the vive but steam VR is better platform to develop for, from a developers point of view.
And its all about the sales, I think the next valve release for a headset is going to change everything. Oculus are going to spend far to much time appealing the decision and we might suffer..this is my gut feeling

nAV2016 said:
I cannot help but feel this is going to have an impact on whether a developer takes an opportunity to make for Oculus exclusivity...
A very valid point @nAV2016 - I think we have not been mindful enough of the hard decision that AAA publishers have had to make regarding entering into VR development. After lavish private briefings back in 2014/15 where they were originally promised the DK2 would give them a platform to get going on towards the production system - they were promised that the production system would be mainly sit-down, PC hardware price was not a real issue, and that room-scale was not really important. All this and then they were told that the ZeinMax lawsuit was nothing but a money grab with no truth to the claims.

Well, now faced in 2017 and the picture seems a lot different - developing on DK2 did not give a good enough crossover to CV1 that TOUCH and with it room-scale are vital considerations (OVR even promoting three sensor setup). But, as you state, it is the concern that OVR is going to be mired in a messy appeal and counter suit, with threats of suspension of sales of CV1 and software that just makes this water much less inviting. Not helped by the other issue that the executives that made all those promises back in 2014... are no longer available to comment!

There has to be another issue for those AAA developers beyond the feeling they may have been sold an overly-nieve story of market dominance. There is the view from the other camp, with HTC now promoting their move towards more Business Edition investment, and Sony slowing down (for the time being) promotion of their PSVR. As seen with Activision, EA, and Rockstar it is easier to just say you will sit on the fence for now. VR is happening, just not to the original road-map.

nAV2016 said:
...And its all about the sales, I think the next valve release for a headset is going to change everything...
I hope you are aware that HTC's CEO of VR dev stated that the next HMD will be at least two years off for consumer! The only new HMD you will be seeing from them is for their Out-of-Home entertainment division. And yes, I agree that we may not see a CV2 in a long while also. OVR's dream of a "smartphone sales cycle" for headsets another victim to business reality.

soooo.  I'm not entirely sure what we do.  I love my rift.  I don't really want to switch to vive but if this means the rift is going down are we all getting refunds to purchasing potentially stolen tech which now may be ground into the dirt
0 Kudos
Share
Reply
nAV2016
Level 7
Options

Arock387 said:
soooo.  I'm not entirely sure what we do.  I love my rift.  I don't really want to switch to vive but if this means the rift is going down are we all getting refunds to purchasing potentially stolen tech which now may be ground into the dirt

I do not think so but if u think like u are part of Oculus, a $500 million hole..cannot be good! And the fact they are disputing/appealing is just SOS tactics, its a sort of sink or swim type situation, they are actually caught between a rock and a hard place..
Just enjoy what VR has to offer and never have a loyality type mindset 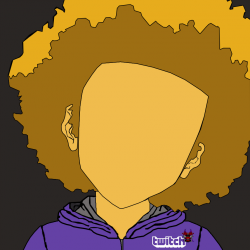 do i sell my headset on craigslist now?
0 Kudos
Share
Reply
Anonymous
Not applicable
Options

Good grief. Is this a serious thread..?

Zenimax's claim that they 'may' go for an injuction is just posturing, nothing more. The most important part of the lawsuit that Oculus WON is that they DIDN'T steal trade secrets, meaning that any claim for an injunction will almost certainly fail.

As for the $500m that's NOTHING to Zuckerberg/Facebook and the rest of the defendants. Facebook (and Oculus) are loaded, Luckey is loaded and Iribe is loaded. And they'll appeal until they get that reduced anyway. Remember, Facebook have a ridiculous amount of money, Zenimax do not. Zenimax can't afford to have this appeal process drag on for 4 or 5 years and they'll probably agree to settle for a lesser amount of cash out of court.

The Rift isn't dead, the Oculus Store isn't dead - both are alive and well. I'm still not certain whether this thread and these posts are serious tbh lmfao :smiley:
0 Kudos
Share
Reply
Related Content